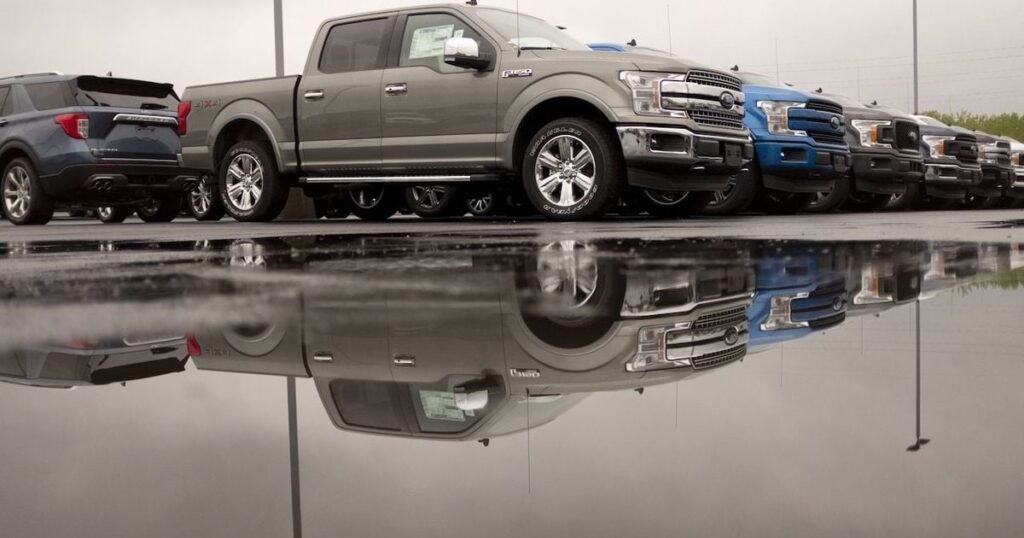 
New-vehicle sales in 2022 were the lowest since 2009, according to DesRosiers Automotive Consultants Inc.

The firm says automakers sold 1.49 million vehicles this year, a 9.1-per-cent decline compared with 2021, and the lowest annual sales total since the Great Recession.

DesRosiers says light vehicle sales were up 5.5 per cent in December compared with last year.

The firm estimates 109,000 new light vehicles were sold in the month of December, compared with 103,000 a year earlier.

Monthly totals are only estimates because the vast majority of automakers report sales on a quarterly basis.

DesRosiers says sales trends have been uneven among auto manufacturers, with some seeing annual sales rise and others seeing them fall, as each has fared differently amid supply chain-related inventory issues.

DesRosiers says the outlook is unclear as rising inventory could be offset by a deteriorating economy.

Ford Motor Co., had the highest sales for the year, followed by General Motors Co., and Toyota Canada Inc., according to the Automotive News Research and Data Center in Detroit.

With 240,325 vehicles sold, Ford was the top-selling automotive brand in Canada for the 14th year and the F-Series pickup was the best-selling truck in the country for the 57th straight year.

Despite the total, Ford sales were off 1.3 per cent for the year compared with 2021.

The Canadian Press and Greg Layson of Automotive News Canada contributed to this report.