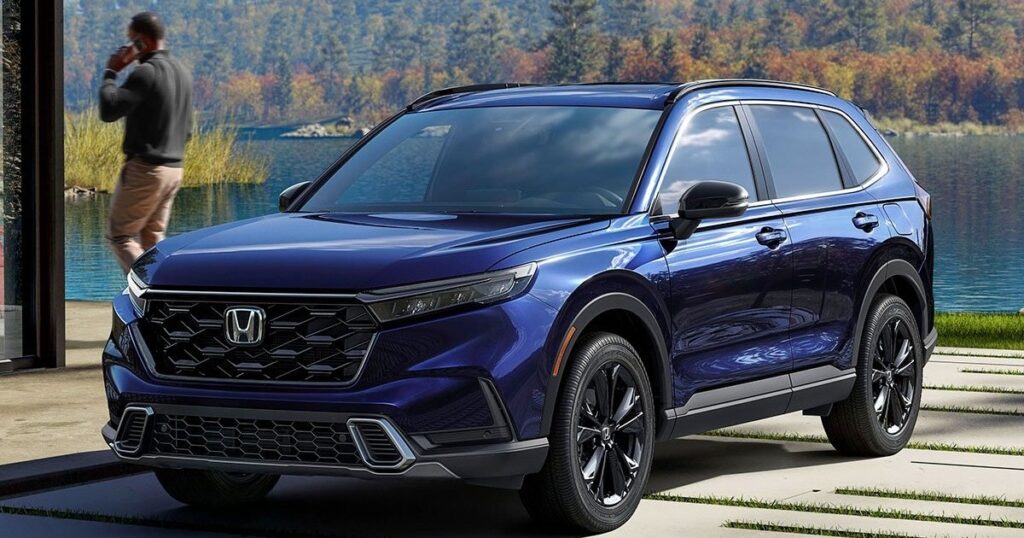 
Honda’s sixth-generation made-in-Canada 2023 CR-V compact crossover is bigger, sportier and will feature a hybrid trim positioned at the top of the Canadian lineup that the Japanese automaker hopes will entice half of all buyers to go green.

In addition to a new fuel-sipping hybrid, the latest CR-V represents a major advance over the outgoing model in terms of style, ruggedness, tech and driving dynamics, according to Mike Kistemaker, assistant vice president of Honda sales at American Honda. Kistemaker says the CR-V, the No. 2 compact crossover last year in Canada after the Toyota RAV4, has played an important role for Honda in the past and will continue to do so in the future.

Honda is boosting output of gasoline-electric versions of the 2023 CR-V substantially because the company expects the new hybrid trim — the CR-V Touring — will represent about half of all sales.

The hybrid push with the CR-V is the first tangible sign of a “serious electrification effort on Honda’s part,” according to Ed Kim, president and chief analyst of AutoPacific. “Going 50 per cent hybrid on Honda’s top seller is aggressive, and by sheer numbers, the carbon emissions savings for its … lineup will be significant,” Kim said.

The hybrid trim is not only aimed at luring new buyers at a time of record gasoline prices, they are also designed to keep the CR-V competitive with the RAV4. The two rivals dominate the compact crossover segment, now the largest in the industry.

“RAV4 has a very strong hybrid mix and that’s one of the attributes that has propelled it to the upper ranks of the sales charts,” Kim said.