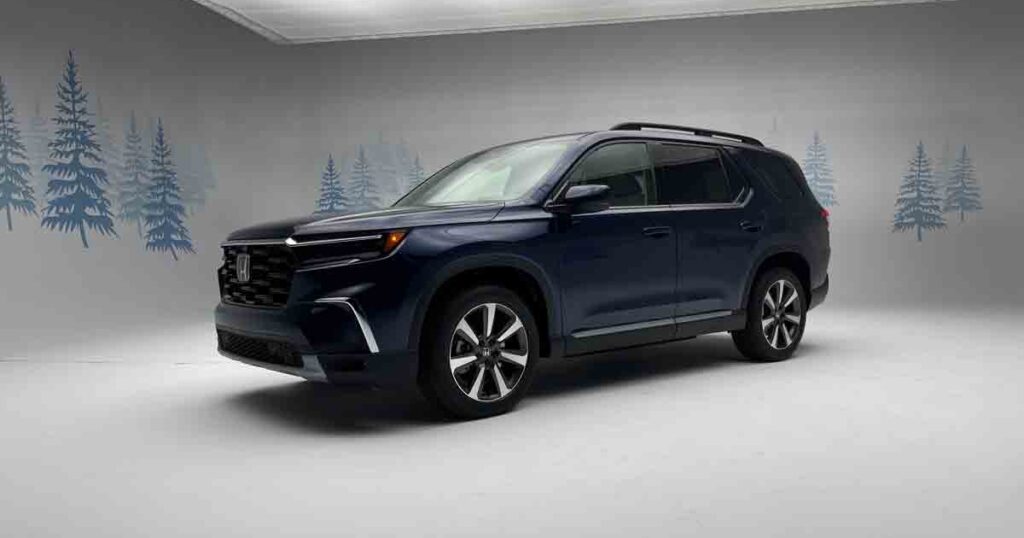 
LOS ANGELES — Honda’s fourth-generation Pilot takes the stage as the closing act to what the Japanese automaker has dubbed the “year of the Honda SUV,” and the kid hauler has been reimagined to be a more competitive crowd pleaser in one of the industry’s toughest but lucrative segments.

Though the three-row Pilot is technically a unibody crossover, in its newest form it represents the closest thing Honda has to a true sport utility vehicle – even reaching beyond the size and capability of the midsize Ridgeline pickup.

The 2023 Pilot is based on Honda’s new light truck architecture and stretches 3.4 inches (8.6 centimetres) longer than the crossover it replaces. The wheelbase is now 113.8 inches — or 2.89 metres — (up by 2.8 inches, or 7.1 cm) and the front and rear tracks have been extended by more than an inch (2.5 cm). The bigger size will lend to a smoother ride and added stability, Honda says, while adding more space in the second and third rows and rear cargo area.

Also noteworthy is Pilot’s powertrain – a new 3.5-litre V-6 engine mated to Honda’s second-generation, 10-speed automatic transmission. Honda says it is its most powerful engine yet with 285 hp and 262 pound-feet of torque. Though fuel efficiency ratings have not been certified, Honda expects mpg will show improvement over the outgoing model.

U.S. sales of the Pilot, Honda’s No. 3 light truck after the CR-V and HR-V, dropped 33 per cent to 82,795 through the first three quarters as the company battles parts shortages and shipping delays that continue to undermine other automakers, as well.

The new Pilot reclaims the boxy silhouette on the second generation that was swapped for a softer, more aerodynamic shape on the third iteration. A strong horizontal beltline and flared fenders help portray a move aggressive style, unlike the crossover it replaces.

The A pillar has been pushed back and when combined with a giant clamshell design hood – the largest Honda has ever produced – creates a longer and more athletic dash-to-axle ratio.