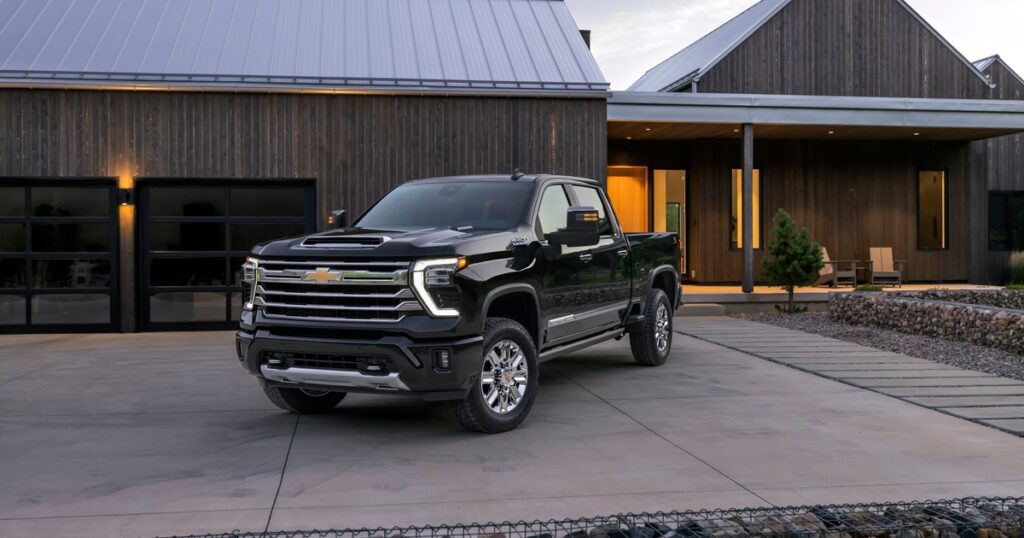 
The interior is revamped to feel more open and modern, with a flow-under console designed to create the spaciousness of a bench seat, Chevy said. LT, LTZ and High Country trucks have a new instrument panel design with a 13.4-inch infotainment screen and 12.3-inch configurable driver information screen. A head-up display is available.

“It’s an environment that intentionally puts more at the driver’s fingertips, for a greater feeling of confidence and connection with the vehicle,” said Phil Zak, executive director of global Chevrolet design.

The 6.6-litre V-8 gasoline engine from today’s truck is unchanged, but it will come with an Allison 10-speed automatic transmission instead of a six-speed to provide more on-demand towing power and allow greater engine-braking control, Chevy said. The combination enables a 26,000-pound gross combined weight rating, up from 24,000 pounds.

The optional Duramax 6.6-litre turbodiesel V-8 will offer 470 hp, up from 445 now, and 975 pound-feet of torque, up from 910, Chevy said. Engineers increased torque by up to 25 per cent at low speeds and when climbing hills.

New trailering technologies include a version of adaptive cruise control that accounts for increased drag and braking distances, an enhanced Transparent Trailer feature that lets drivers see behind fifth-wheel and gooseneck setups, trailer side blind-zone alert, and a gross combined weight alert that measures acceleration and torque to detect if the vehicle and trailer are too heavy.

Pricing and fuel economy ratings will be released closer to the start of production. The truck will be built in Flint, Mich., and Oshawa, Ont.