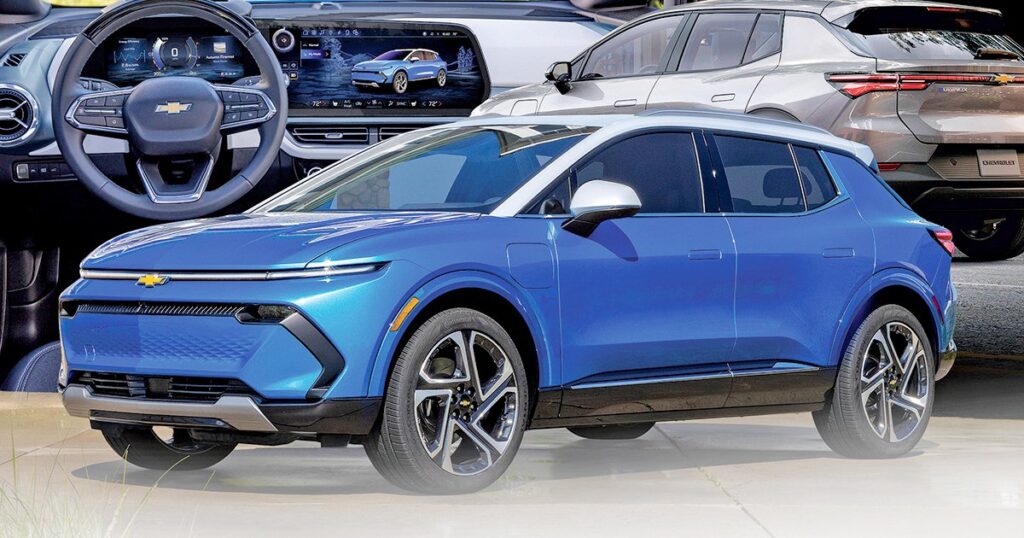 
The 2024 Equinox EV’s base model will have a 250-mile driving range, with higher-priced trims offering up to 300 miles. It will be GM’s most affordable vehicle powered by the Ultium battery technology that also underpins the electric Silverado, Lyriq and six-figure Hummer.

Chevy will continue making the gasoline- powered Equinox, long one of GM’s bestsellers, after the electric version arrives next year. The base model won’t be available right away, though. Chevy will begin selling a midlevel version next fall before adding the $30,000 LT1 and three other trims later in the same model year.

The Equinox EV’s arrival is expected to roughly coincide with the demise of GM’s cheapest EV today, the Chevy Bolt. The Bolt EV, which uses previous-generation batteries and has a 259-mile range, currently starts at $32,495 including shipping, but the 2023 model will cost $6,000 less to make room for the Equinox.

“The Equinox EV is a true compact SUV, and it does fit better into the highest-volume segment in the U.S.,” said Stephanie Brinley, senior analyst for the Americas at S&P Global. “This opens up a larger potential pool of customers who are likely to reject the Bolt for being too small. In addition, consumer attitudes seem to be shifting toward greater acceptance of EVs relatively quickly. The Equinox EV could be well positioned to take advantage of that interest for buyers in the sub-$35,000 range, though it is likely that the upper Equinox trim levels could ultimately see a price above $40,000.”

PrevPreviousBilly McFarland Is Out of Jail and Ready for His Next Move
NextSo You Wanted to Get Work Done at the Office?Next