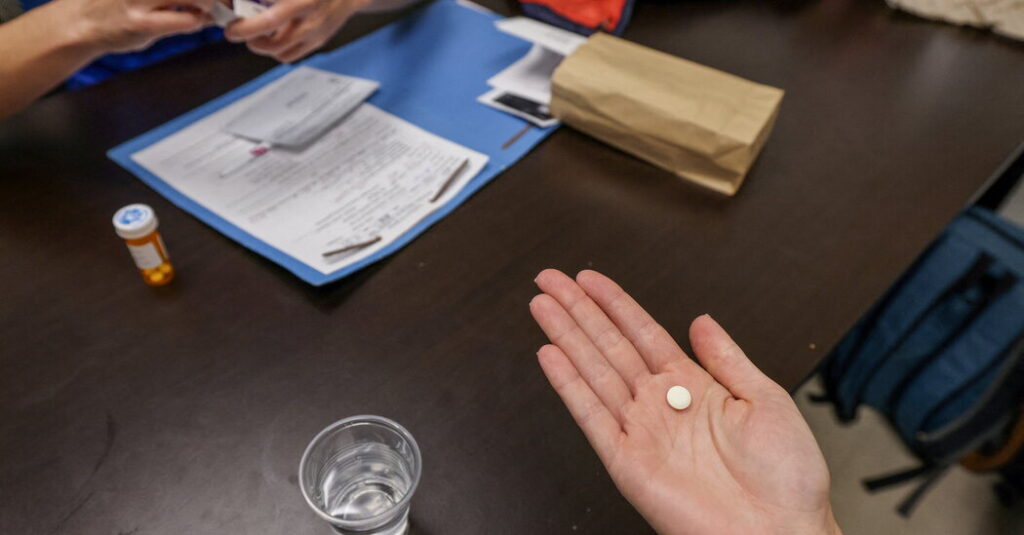 
Since October 2020, Just the Pill has provided more than 2,500 telemedicine consultations with doctors to supply abortion pills by mail to patients in Colorado, Minnesota, Montana and Wyoming. Within a few days, it plans to deploy in Colorado the first of what will become “a fleet of mobile clinics” to park along state borders, providing consultations for medication abortions and dispensing pills, said Dr. Julie Amaon, the organization’s medical director.

Called “Abortion Delivered,” the clinic-on-wheels program, which will also provide surgical abortions for patients who prefer it or are too far along in pregnancy for a medication abortion, is designed to reach patients from nearby states like Texas, Oklahoma and South Dakota that quickly outlawed abortion after the court decision, as well as other states like Utah that are expected to ban or sharply restrict abortion.

“By operating on state borders, we will reduce travel burdens for patients in states with bans or severe limits,” Dr. Amaon said. “And by moving beyond a traditional brick-and-mortar clinic, our mobile clinics can quickly adapt to the courts, state legislatures, and the markets, going wherever the need is.”

Similar medication abortion providers are also planning for an influx. Hey Jane, an organization that has served nearly 10,000 patients in California, Colorado, Illinois, New Mexico, New York and Washington, plans to expand to more states. “We’ve ramped up our team to accommodate this significant increase in demand,” said its chief executive, Kiki Freedman.

Anti-abortion groups are trying to counter the rise in interest in medication abortion by claiming it is unsafe, calling it “chemical abortion.” James Studnicki, vice president of data analytics at Charlotte Lozier Institute, an arm of Susan B. Anthony Pro-Life America, said on Friday that “the safety of the abortion pill is greatly exaggerated,” and called the rise in medication abortion “a serious public health threat.”

Much remains unknown about how states that ban all or most abortions will try to enforce their laws in cases of medication abortion. But as the Biden administration scrambled to react to the court ruling, two cabinet members swiftly released statements vowing to protect the right to take medicines that had been approved by the federal government.