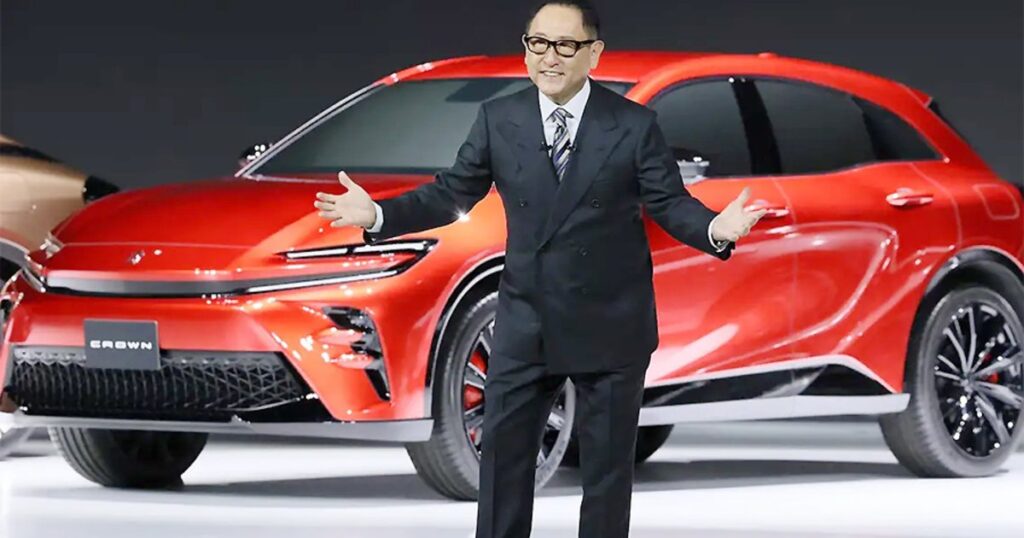 Akio Toyoda did a ‘happy dance’ when Toyota beat GM


Breaking General Motors’ 90-year streak as the top-selling automaker in the U.S. made Toyota Motor Corp.’s president bust a move.

“I actually did a little happy dance in my office,” Akio Toyoda told a gathering of the automaker’s dealers, according to a video Toyota showed during a press briefing. “Thankfully, nobody saw it!”

Toyoda briefly reenacted his dance for the dealers.

Publicly, though, Toyota executives were more reserved. Jack Hollis, then Toyota North America’s senior vice president of automotive operations, downplayed the victory’s significance at the time. “That is not our goal, nor do we see it as sustainable,” Hollis said.

It’s a different story for the two rival automakers this year. Toyota appears to be headed for its worst sales performance in the U.S. since the last time its supply chain was rocked by major disruptions, in 2011. Its volume fell 15 percent in the first nine months of this year.

GM sales were down, but by a smaller percentage, putting it on pace to finish 2022 as No. 1 again.