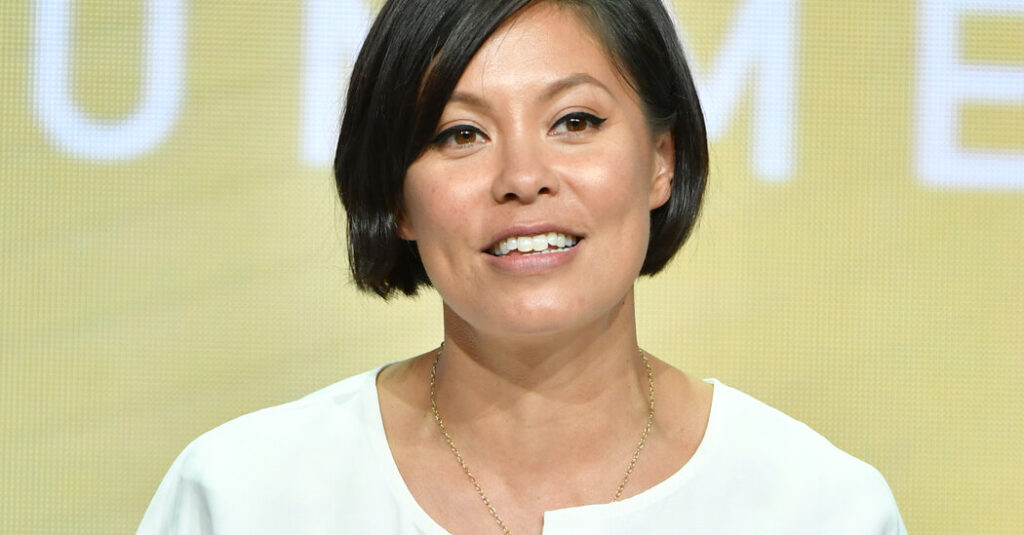 
MSNBC has named Alex Wagner to succeed Rachel Maddow as the weekday host of its 9 p.m. hour four days a week, turning to a political news veteran to fill one of the network’s most important time slots.

Ms. Wagner, 44, is a fixture of Washington journalism with roots in progressive news and opinion outlets. She worked for MSNBC as a host of a daytime show for several years, and rejoined the channel in February as a senior political analyst and guest-anchor during prime time, filling in for Ms. Maddow and Chris Hayes.

In an interview, Rashida Jones, the channel’s president, said that Ms. Wagner’s experience covering politics would be crucial as the network prepares to cover this fall’s midterm elections.

“This is not a show where our hair is on fire and we’re yelling past each other, and we’re creating these manufactured moments of tension,” Ms. Jones said. “I really want the takeaway from this show to be a better understanding of what’s happening in the world.”

MSNBC said Ms. Wagner is the only Asian American to host a prime-time cable news program.

Ms. Maddow, MSNBC’s most popular host, reached a deal last year that scaled back her hosting duties at the channel. She will continue to host the 9 p.m. hour on Mondays, when the show will still be called “The Rachel Maddow Show.” Ms. Wagner will host a show in that hour Tuesday through Friday beginning Aug. 16. The name of her show has not been decided.

The 9 p.m. hour, a linchpin of the prime-time lineup, is now just one part of a broader programming strategy that includes TV, streaming, podcasts and newsletters. MSNBC, Fox News and CNN all launched video-streaming services in recent years amid broader industry anxiety about the long-term erosion of cable TV viewership.

But traditional TV continues to hold sway among cable news networks despite the growing emphasis on emerging formats. Ad budgets have been slow to shift away from traditional TV, and prime-time viewership is still a benchmark for success in a ratings-obsessed industry. TV distribution deals with cable companies like Comcast and Charter are still huge cash cows for cable news networks. CNN’s new owners killed its streaming service in April.

Ms. Jones said that MSNBC would look to build the network’s overall brand on a variety of different distribution platforms rather than focus on traditional TV, an approach that has been echoed by Chris Licht, the new chairman of CNN.

“It’s no secret that the audiences on cable are changing, and changing quickly,” Ms. Jones said. “It’s still a big part of the audience that consumes MSNBC, but we’ve really been focused on, how do we take that deep connection and bring it to new places?”

Ms. Jones said that MSNBC would explore opportunities with Ms. Wagner to appear on NBCUniversal’s streaming platforms, such as Peacock. Other MSNBC programs, including “Morning Joe” and “All In With Chris Hayes,” already appear on Peacock hours after they air on the MSNBC cable channel.

Ms. Jones said that she did not consult with Ms. Maddow about her replacement. Ms. Jones said that Ms. Wagner has been on a short list to host MSNBC’s 9 p.m. hour for months, though she declined to detail specifics of the negotiations.

Ms. Wagner’s winding journalism career has spanned print, digital and TV outlets. A native of Washington, D.C., Ms. Wagner has worked as a cultural correspondent for the Center for American Progress, a liberal think tank, a co-host of the Showtime political docuseries “The Circus,” and at The Atlantic.

Ms. Wagner’s relationship with MSNBC goes back more than a decade. Starting in 2011, she hosted “Now with Alex Wagner,” a weekday opinion show. It was canceled in 2015 as the network pivoted its daytime lineup more toward straight news coverage and less opinion.

Ms. Wagner, a 1999 graduate of Brown University, is married to Sam Kass, a former White House chef who became close friends with Barack and Michelle Obama.