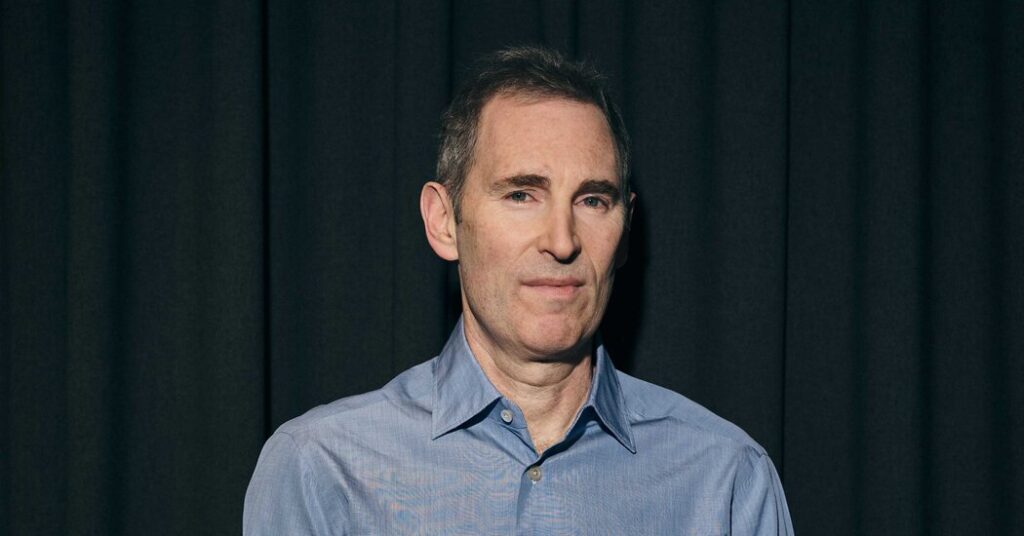 
When Jeff Bezos was chief executive of Amazon, he took an arms-length stance toward the company’s affairs in Washington. He rarely lobbied lawmakers. He testified only once before Congress, under the threat of subpoena.

Since becoming Amazon’s chief executive last July, Mr. Jassy, 54, has visited Washington at least three times to traverse Capitol Hill and visit the White House. In September, he met with Ron Klain, President Biden’s chief of staff. He has called Senator Chuck Schumer, the Democratic majority leader, to lobby against antitrust legislation and talked with Senator Tim Kaine, a Democrat from Virginia, about Amazon’s new corporate campus in the state.

“He was very inquisitive,” said Mr. Kaine, who met with Mr. Jassy at the Capitol in September and spoke with him by phone last month. Mr. Jassy was diplomatic rather than out to “bowl you over” by “force of personality,” Mr. Kaine said, and came prepared with knowledge of the lawmaker’s committee assignments.

Mr. Jassy’s actions in Washington are a sign of a new era taking shape at Amazon. The executive, who joined the company in 1997 and built its Amazon Web Services cloud computing business, followed Mr. Bezos’ footsteps for years and was viewed as one of his closest lieutenants. The succession last year was largely seen as a continuation of Mr. Bezos’ culture and methods.

But Mr. Jassy has quietly put his own imprint on Amazon, making more changes than many insiders and company watchers expected.

He has drilled into key parts of the business that Mr. Bezos pushed off onto deputies, especially the logistics operations. He has admitted that Amazon overbuilt and needed to cut costs, closing its physical bookstores and putting some warehouse expansion plans on ice. He has started a tumultuous overhaul of leadership. And while he has reiterated the company’s opposition to unions, he has also struck a more conciliatory tone with Amazon’s 1.6 million employees.

The starkest difference with Mr. Bezos may the new chief executive’s far more hands-on approach to regulatory and political challenges in Washington.

Mr. Jassy has engaged more with the scrutiny on Amazon’s broader role as an employer and in society, beyond serving customers, said Matt McIlwain, a managing partner at Seattle’s Madrona Venture Group, which was an early investor in the company.

“I think those kinds of things do matter more to Andy,” said Mr. McIlwain, who has known Mr. Bezos and Mr. Jassy for more than two decades. “Jeff has more of a libertarian mind-set.”

Mr. Jassy’s efforts may be born of necessity. Political leaders, activists and academics are taking a closer look at Amazon because of its dominance. The company has responded by expanding its lobbying apparatus in Washington, spending $19.3 million on federal lobbying in 2021, compared with $2.2 million a decade earlier, according to OpenSecrets, which tracks influence in Washington.

Understand the Unionization Efforts at Amazon

Its challenges are mounting. The Federal Trade Commission, which is led by the legal scholar Lina Khan, is investigating whether Amazon violated antitrust laws. Last year, Mr. Biden threw his support behind Amazon workers who were trying to unionize; he has since hosted a union organizer from an Amazon warehouse in the Oval Office. And Congress may vote soon on an antitrust bill that would make it tougher for Amazon to favor its own brands over those offered by competitors on its site.

An Amazon spokeswoman, Tina Pelkey, pointed to a previous company statement that said Mr. Jassy “meets with policymakers on both sides of the aisle regarding policy issues that could affect our customers.” The company declined to make Mr. Jassy available for an interview.

Mr. Bezos’ ambitions in Washington used to be largely social. His ownership of The Washington Post brought him to the city, where he bought a mansion in the Kalorama neighborhood. But Amazon’s Washington office staff sometimes didn’t know when he was in town. An Amazon team led by Jay Carney, a former White House press secretary, fought to insulate Mr. Bezos from the company’s critics.

Mr. Jassy — who was in the Republican Club as an undergraduate at Harvard and has donated in recent years to business-friendly Democrats — made helping Amazon navigate the regulatory landscape a priority right out of the gate. After Mr. Bezos announced that he was stepping down as Amazon’s chief last year, Mr. Jassy summoned a group of company executives for a briefing on the antitrust fight, two people with knowledge of the gathering said.

In August, Mr. Jassy appeared at a White House summit on cybersecurity. In September, he crisscrossed Capitol Hill to meet with all four members of congressional leadership. He also called on Democratic senators from Washington State, where Amazon has its headquarters, and a Republican senator from Tennessee, where the company has expanded its logistics operations.

Some Democrats pushed Mr. Jassy to let Amazon workers unionize and resist state abortion restrictions, said a person with knowledge of the conversations, which were reported earlier by Politico. Representative Kevin McCarthy, the Republican leader, told Mr. Jassy to focus on building products and to stay out of contentious political and social issues, a person with knowledge of the meeting said.

A spokesman for Mr. McCarthy declined to comment on the meeting.

That same week, Mr. Jassy met with Mr. Klain at the White House, two people with knowledge of the meeting said. They discussed the state of the economy and other issues, one of the people said.

Amazon’s most immediate regulatory threat is the proposed American Innovation and Choice Online Act, which would stop large digital platforms from giving their own products preferential treatment.

One of the bill’s Democratic co-sponsors, Senator Mark Warner of Virginia, met with Mr. Jassy in Washington in December and discussed China’s influence over technology. In another meeting this year in Seattle, Mr. Warner said, he told Mr. Jassy that he was concerned about how Amazon could copy the products of merchants that used its website.

Mr. Jassy is “going to be somebody who will probably be more engaged in these policy disputes with D.C. than Bezos was as founder,” Mr. Warner said.

Amazon has opposed the legislation, arguing that the company already supports the small businesses selling products on its site. It has said that if the bill passes, it could be forced to abandon the promise of quick delivery at the heart of its Prime subscription service. Senator Amy Klobuchar, the Minnesota Democrat behind the bill, has called the idea that it would “outlaw” Amazon Prime a “lie.”

Mr. Jassy has also discussed Amazon’s opposition to antitrust proposals with lawmakers and Commerce Secretary Gina Raimondo, whom he knew from attending Harvard at the same time, people familiar with the matter said. Mr. Jassy told Ms. Raimondo about Amazon’s concerns with new antitrust regulations in Europe that it believes unfairly target its business, one of the people said. Ms. Raimondo has criticized the European laws, saying they have a disproportionate impact on U.S. tech companies.

A Commerce Department spokeswoman said Ms. Raimondo supported the proposed U.S. antitrust legislation and had spoken with Mr. Jassy. The spokeswoman declined to comment on their conversations.

As Amazon faces the possibility of a federal antitrust lawsuit and continued skepticism of its power, Mr. Jassy may be a potent advocate for the company, said Daniel Auble, a senior researcher at OpenSecrets.

“Not many lobbyists would be able to sit down with — or even get a call with — most of the members of congressional leadership at all,” he said. “But of course the C.E.O. of Amazon can get them all on the phone.”