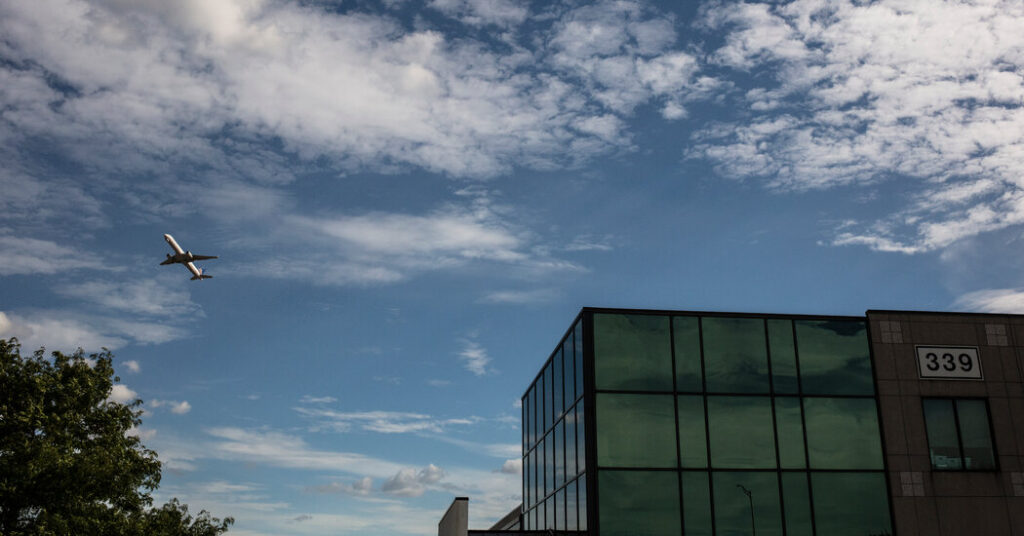 
For the second time, plans by Amazon to substantially expand its presence in the New York area have been abandoned after labor and community groups mobilized in opposition.

In 2019, Amazon abruptly canceled plans to build a second headquarters in New York City after facing a barrage of criticism that it did not anticipate. This time, the e-commerce giant was unable to complete a deal for a cargo hub at Newark Liberty International Airport.

The project, which hinged on a 20-year lease worth hundreds of millions of dollars, attracted opposition after the Port Authority disclosed it last summer.

“Unfortunately, the Port Authority and Amazon have been unable to reach an agreement on final lease terms and mutually concluded that further negotiations will not resolve the outstanding issues,” Huntley Lawrence, the Port Authority’s chief operating officer, said in a statement on Thursday.

Advocacy groups and unions involved had said they could not support the lease unless Amazon made a set of concessions that included labor agreements and a zero-emissions benchmark at the facility.

“This victory signals that if Amazon wants to continue growing in New Jersey, it’s going to have to do it on our terms,” said Sara Cullinane, director of Make the Road New Jersey, an advocacy group that had questioned the deal.

Amazon, which expressed confidence in May that the deal would close, expressed disappointment in a statement, adding that “we’re proud of our robust presence in New Jersey and look forward to continued investments in the state.”

Amazon had estimated that the project would create more than 1,000 jobs, though many of those jobs could still be created if the Port Authority awards the lease to another company. Two other companies bid on the project.

“The growth of air cargo and the redevelopment of airport facilities in a manner that benefits the region as well as the local community remain a top priority of the Port Authority,” Mr. Lawrence, the chief operating officer, added in his statement.

The bigger long-term impact may be on Amazon’s ability to deliver packages efficiently in the Northeast, which it serves with airport hubs near Allentown, Pa.; Hartford, Conn.; and Baltimore. “Newark was the obvious choice,” said Marc Wulfraat, an industry consultant who closely tracks Amazon’s facilities. “It is right there on the doorstep of New York City.”

Mr. Wulfraat said Amazon could look for other commercial airports in the region, even if their locations were less ideal, to support the growing package volume.

It was in part the company’s prominence in the state that attracted opposition to the project. A report produced by groups seeking to block it pointed out that the number of Amazon facilities in New Jersey grew to 49 from one between 2013 and 2020, helping to nearly triple the number of warehouse workers in the state. Over the same period, the average wage for those workers fell to about $44,000 per year from over $53,000 per year, adjusting for inflation, according to Labor Department data.

New Jersey is one of the more unionized states in the country, while Amazon has opposed unionization efforts at its facilities.

Amazon said that average starting pay for its hourly workers is more than $18 nationally. The median hourly wage in New Jersey was about $23 last year. The company also cited its benefits, including full health coverage for full-time employees as soon as they start working; a 401(k) plan with a 50 percent company match; and up to 20 weeks of paid parental leave.

The Port Authority revealed the proposed lease with Amazon in August, the day its board voted to authorize the deal. The authority said that it expected the lease to take effect on or around Nov. 1, according to minutes of the meeting.

“It was something that they were trying to slip in without notifying the community, which was quite unfortunate,” said Kim Gaddy, executive director of the South Ward Environmental Alliance, which focuses on environmental issues affecting Newark residents.

Under the proposed deal, Amazon tentatively committed to investing $125 million in renovating two buildings at the airport, and to paying the Port Authority more than $300 million over 20 years — including $150 million up front.

By September, the groups led by Ms. Cullinane and Ms. Gaddy, along with other advocacy groups and unions like the Teamsters and the Retail, Wholesale and Department Store Union, began to coordinate their opposition. The groups circulated petitions that collected thousands of signatures from residents and staged public events like rallies and a march.

The project appeared to stall after the November timetable for finalizing the lease passed without any announcement.

In late March, a spokeswoman for Gov. Phil Murphy, who had initially praised the deal, said in a statement that “the governor encourages anyone doing business in our state to work collaboratively with labor partners in good faith.” (The governor’s office declined to comment on Thursday.) Other politicians in the state appeared to grow skeptical after the Amazon Labor Union’s election victory this year at a Staten Island warehouse, a result Amazon is contesting.

Amazon has opened air hubs in recent years to move products through its own logistics network, rather than rely on outside providers. It prefers to fulfill customer orders with local inventory, for cheaper, quicker delivery, but when the product a customer wants is not in a nearby warehouse, it will fly the product to meet its shipping promises.

Its operations expansion went into overdrive during the pandemic as e-commerce sales boomed. “We doubled our capacity that we built in the first 25 years of Amazon in just 24 months,” Andy Jassy, the chief executive, told investors in May.

But the company has acknowledged that it overbuilt, expanding and hiring more than demand required, and in April it posted its first quarterly loss since 2015. This year Amazon has pulled back from some investments. “We’re trying to defer building activity on properties where we just don’t need the capacity yet, and we’re going let some leases expire as well,” Mr. Jassy said.

PrevPreviousIrish Regulator Puts Facebook Data Policies Back in Spotlight
NextComey and McCabe Audits: How Likely That They Were a Coincidence?Next