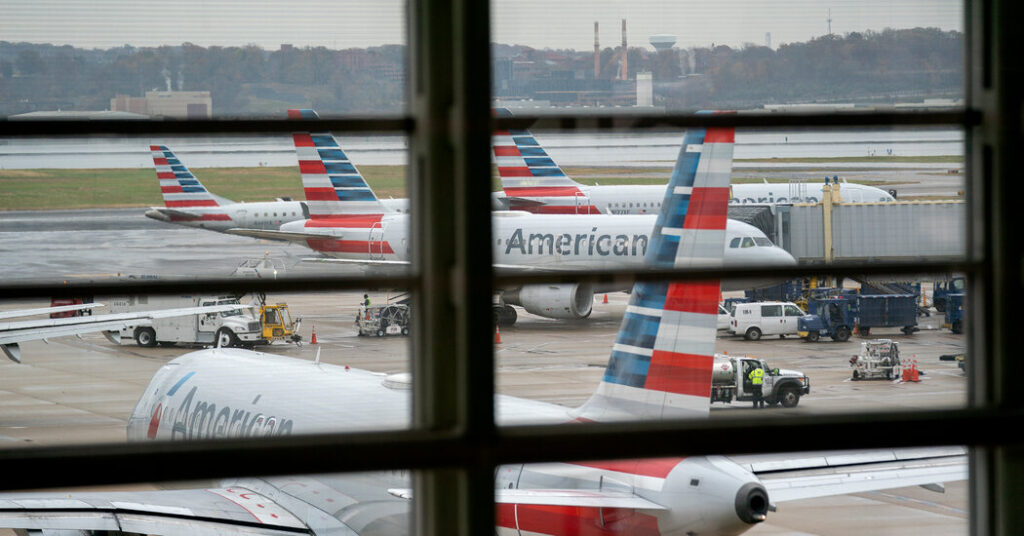 American Airlines has its best quarter of revenue ever, but profit is down from 2019.


American Airlines reported $13.4 billion in revenue in the three months that ended in June, the best quarter in the company’s history.

Airlines have struggled to capitalize on the strong travel rebound because of staffing shortfalls, high costs and other challenges. American canceled about 5 percent of its scheduled flights last month, more than any other major carrier, according to FlightAware, an aviation data provider.

“Achieving these results wasn’t easy,” American’s chief executive, Robert Isom, said in a message to employees. “The operating environment this quarter was tough, especially on the weather front. We encountered significant weather on 27 of the 30 days in June.”

Still, Mr. Isom said the airline was optimistic about the months ahead, as international and corporate travel, two lucrative parts of the business, continue to recover. The airline said it flew more passengers traveling for leisure within the United States in the second quarter of this year than in the same period in 2019.

American said it expected to be profitable again in the third quarter, which ends in September. The airline predicted that revenue in that quarter would be up at least 10 percent from 2019, despite capacity being down at least 8 percent.

American also said it expected deliveries of the Boeing 787 Dreamliner, a large twin-aisle plane, to resume this quarter, with the first jets handed over as soon as August. Dreamliner deliveries have been halted for about a year because of quality concerns.

American wasn’t alone in breaking records last quarter. Alaska Airlines, the nation’s fifth-largest carrier by market share, also reported record quarterly revenue on Thursday, of $2.7 billion. The airline earned $139 million in the quarter and said it had filled an average of 88 percent of the seats on its planes, another record.

American, Alaska and United are scheduled to hold calls with investors, analysts and reporters on Thursday to provide further detail on their second-quarter results and outlook for the months ahead.