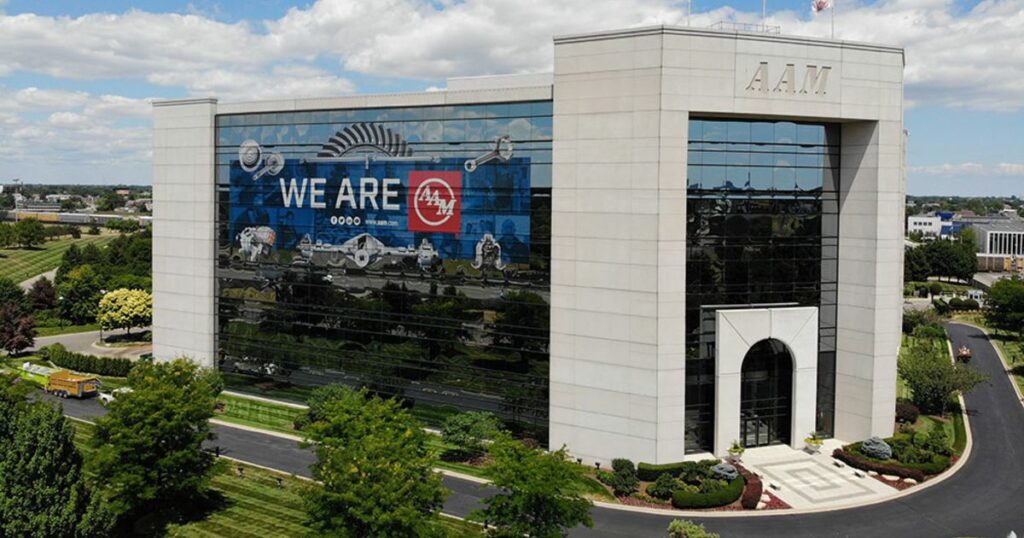 
Asked to address the Bloomberg report from last month, CFO and Vice President Christopher May said the Detroit-based automotive supplier is “focused on our standalone plan to create value for shareholders.”

May’s comments came during the livestreamed Deutsche Bank Global Auto Industry Conference. It marked the first time an American Axle executive publicly addressed the rumor of a sale, though the company did issue a written statement shorty after the report was published.

To the other major question looming over American Axle – is it prepared to survive the automotive industry’s transition to electric vehicles? – May said, “Absolutely, yes.”

Rooted in traditional gasoline engines, the company has made big moves to electrify its portfolio and convince investors its business can be rebuilt around EVs. Its $135 million acquisition of German supplier Tekfor Group and $15 million investment in Silicon Valley venture capital firm Autotech Ventures are recent examples of its electrification push, though less than 5 percent of revenue is tied to EVs.

“What is now probably the No. 1 thing on people’s minds is terminal value … Can American Axle play in an electrified world in perpetuity, and I think we believe very strongly inside the company, absolutely, yes,” May said. “We’ll just continue to post new business win after new business win, and we’ll ultimately convert those people that have doubt on our terminal value.”