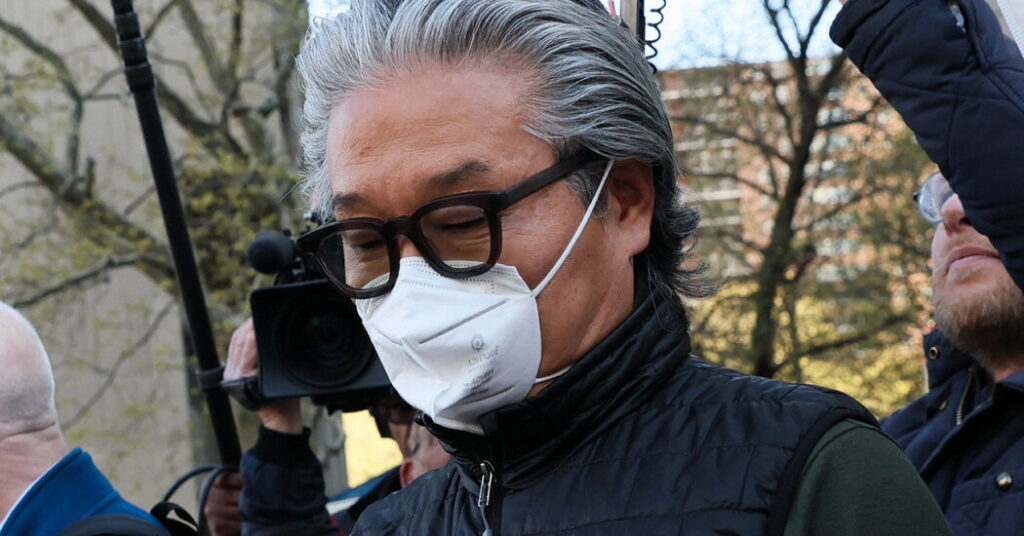 Archegos Sued by Former Employee for Millions in Lost Pay


A former employee of Archegos, the investment firm that caused a brief market panic when it lost more than $10 billion in a matter of days last year, is suing the firm and its founder, Bill Hwang, plus five former top executives. The lawsuit was filed on Tuesday in Federal District Court in Manhattan, the DealBook newsletter reports.

Brendan Sullivan, a tech stock analyst who joined Archegos in 2014 and resigned shortly after it blew up, said he had lost $50 million, which was part of a $500 million deferred employee compensation plan that evaporated along with Archegos’s other assets when its highly leveraged options strategy failed.

The suit seeks to force Mr. Hwang and others to cover the losses. Mr. Hwang was charged with fraud by federal prosecutors this year on suspicion of misleading lenders and market manipulation, and has pleaded not guilty to the government suit. Last week, lawyers for Archegos filed motions to dismiss other suits against the firm from the Commodity Futures Trading Commission and the Securities and Exchange Commission.

Fund employees were told that the deferred pay plan was guaranteed, the suit says, and that it was invested in highly liquid stocks. Neither claim was true, according to the suit. What’s more, it says, employees were forced to contribute at least 25 percent of their annual bonus to the plan, and declare how much they would defer before they knew the details of the bonus.

“The message was crystal clear,” the suit argues. “No contribution. No bonus.”

Michael Bowe of Brown Rudnick, Mr. Sullivan’s lawyer, told DealBook that “Hwang and these executives lied to their employees like they lied to the banks.” A lawyer for Mr. Hwang declined to comment. A spokesman for Archegos did not responded to a request for comment.

The fund tried to dissuade employees from quitting, and cast doubts over deferred compensation payments if they did, the suit says. Mr. Sullivan, who left anyway, has not received any money from the plan, though as recently as January the company continued to promise former employees that they would receive payments, according to a letter seen by DealBook that Archegos sent to former employees.

Archegos was run like a “cult,” the suit says. Job interviews “revolved around religion and an investigation into the candidate’s religious upbringing,” according to the suit. During performance reviews, it says, Mr. Hwang, who is a Christian, told employees to “devote more time to their faith.” At company retreats, according to the suit, employees received praise for publicly declaring gratitude for “God, Hwang and Archegos.”