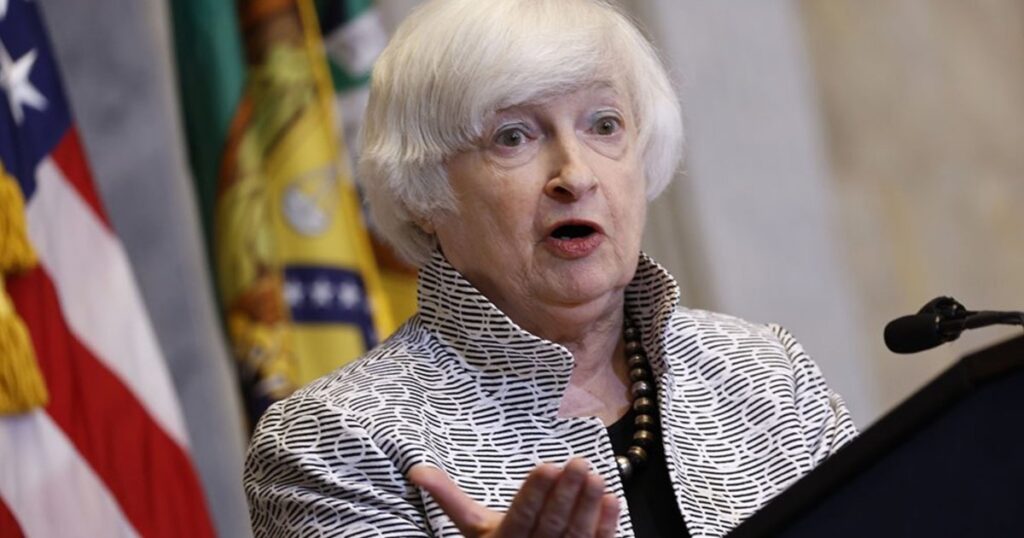 
The U.S. is on track to hit ambitious emissions-reduction goals following recent climate legislation that encourages investment in green technology, Treasury Secretary Janet Yellen will say in a speech at a Ford Motor Co. plant in Dearborn today.

The law, signed by President Joe Biden on Aug. 16, “represents the largest investment in fighting climate change in our country’s history,” Yellen will say, according to an excerpt provided to Bloomberg News.

“It will put us well on our way toward a future where we depend on the wind, sun and other clean sources for our energy,” she plans to say. “We will rid ourselves from our current dependence on fossil fuels and the whims of autocrats like Putin,” she said, referring to the Russian president.

Yellen will tour Ford’s Rouge Electric Vehicle Center, where the company makes the electric F-150 Lightning pickup, before her speech at 2 p.m. EDT. That speech will also include topics such as the Biden administration’s plans to expand the economy, increasing investment in new technologies and addressing climate change.

While in town, the Treasury secretary also plans to visit small business owners in Detroit and meet with local officials.

Thursday’s speech represents an attempt to reframe the Biden administration’s push to cut emissions from fossil fuels, which has come under fire from Republicans after Russia’s invasion of Ukraine caused oil prices to spike. Republicans have said the president’s hostility toward increasing crude production in the U.S. has helped worsen the situation.

Biden and Yellen have countered that the price spike represents more reason to move away from fossil fuels.

Yellen said experts have estimated the new law — called the Inflation Reduction Act because it also aims to reduce the cost of prescription medication — will put the U.S. on a path to cut emissions by about 40 percent within eight years, compared with 2005 levels. She didn’t cite any studies backing that claim in the excerpt, and didn’t provide further steps the U.S. aims to take to reach net zero.

On his first day in office in 2021, Biden signed an executive order recommitting the U.S. to the 2015 Paris Agreement on climate, which pledges to reduce emissions by 50 percent by 2030.

“While there is much more work to do, we can finally say to ourselves and to the world that we are on a path to a net-zero emissions economy,” Yellen will say in her speech.