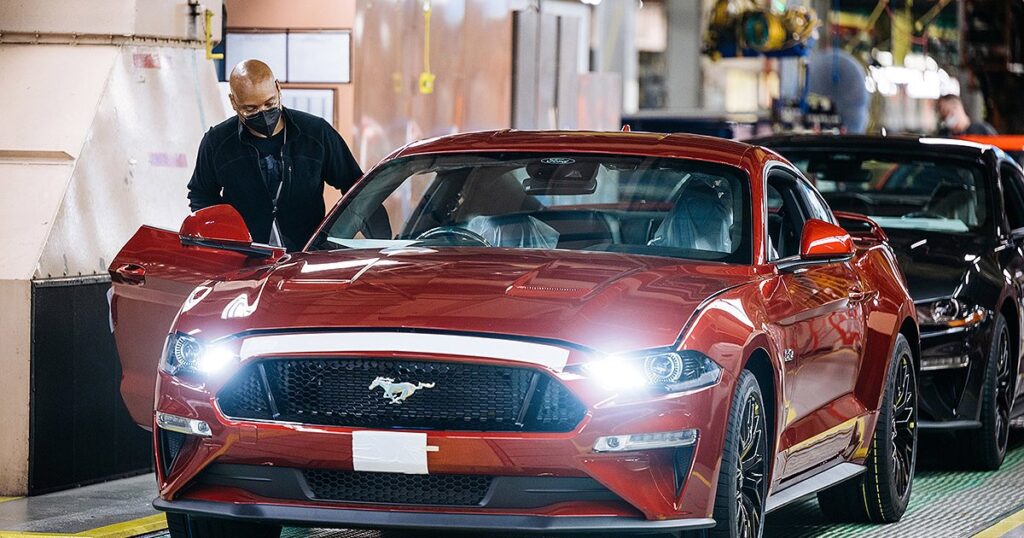 
Twelve to 15 new Ford Mustangs and at least two Jeep Wagoneers were stolen early Tuesday from outside the Michigan plants that built them.

Police recovered two of the Mustangs, which were taken from a parking lot across the street from Flat Rock Assembly Plant, Fox 2 reported. Police had not taken any suspects into custody.

The theft comes after several Mustangs were stolen from the same plant in June.

The Wagoneers were stolen from Stellantis’ Warren Truck Assembly Plant, which is 30 miles north of the Mustang plant, around the same time, Fox 2 reported. Police recovered two Wagoneers later in the morning, but it wasn’t known whether more were stolen.

It wasn’t clear whether the two crimes were related. A Ford spokesperson could not be reached for comment, and a Stellantis spokeswoman declined to comment.

The Mustangs are estimated to be worth around $60,000 each.