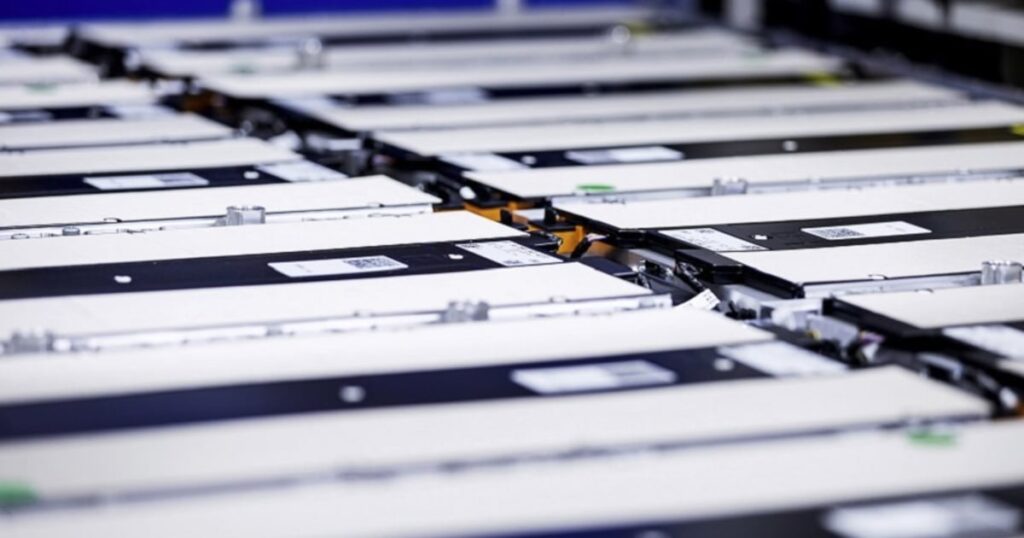 
“I see our future being derived from iron, which is a very abundant, low-cost material and very safe to operate,” ONE CEO Mujeeb Ijaz told Automotive News. While iron is cheaper than cobalt, lithium iron phosphate batteries have generally been shown to have “one of the lowest” energy densities among battery chemistries, Layson said.

“Not all OEMs are on board with LFP, but the German brands are because in densely populated cities, drivers don’t often get up beyond 40 miles per hour,” Layson said. “That’s perfect for an LFP cell. A typical round trip in Paris, Berlin or London might be 35 kilometers in stop-and-go city traffic. Drivers could go all week without charging.”

As companies search for the next major development in battery chemistry, changes in battery packaging are yielding promising results, according to Layson.

That’s where the real advancements have been coming from,” he said.

One of the most high-profile examples of that is Tesla’s cylindrical 4680 battery. Its design promises increased range and lower production costs, though the automaker has fallen short of CEO Elon Musk’s 2020 goal of building enough batteries for 1 million or more vehicles this year.

Likewise, Chinese manufacturer BYD has developed a “blade” lithium iron phosphate battery, which is less bulky than a traditional lithium iron phosphate battery and can achieve higher energy density due to its design. Toyota is among the automakers that have purchased Blade batteries from BYD, and BYD in June was preparing to sell its batteries to Tesla.