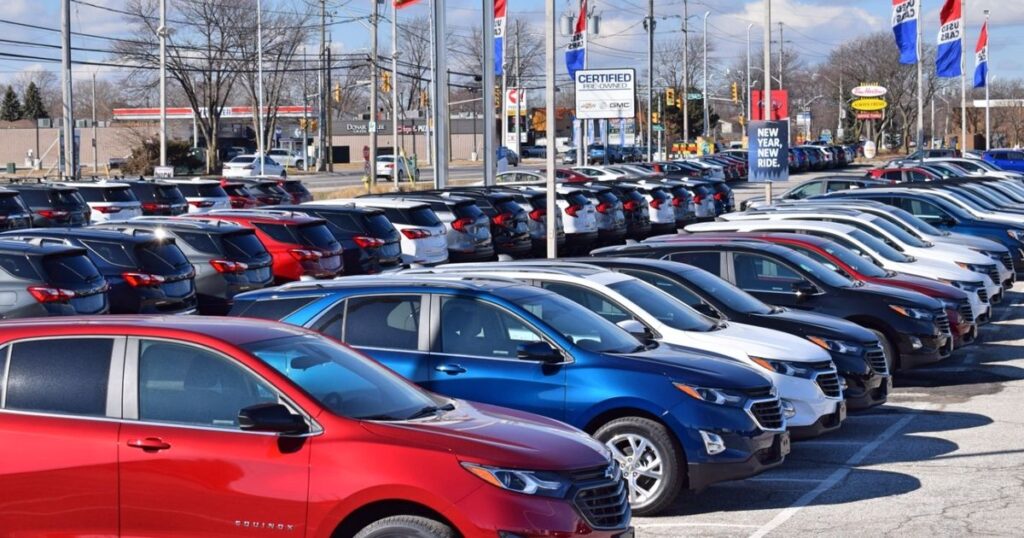 While interest rates are going up for all consumers, the impact on the auto market has been limited so far, said Andrew King, managing partner at DesRosiers Automotive Consultants Inc.

“Right now, the dominant factor is vehicle supply, and until that’s resolved then those whole demand-level issues really don’t come into it.”

“We don’t have any data to suggest anything’s slowed down. Demand is high … Canadians are still buying, given the amount of cars available, that equation hasn’t changed.”

CONSUMERS HAVE TO ADAPT

Yet as the BoC overnight rate has been bumped up from 0.25 per cent in January to 2.5 per cent today, consumers can expect to start feeling the pressure.

Karwel said the average annual percentage rate (APR) for vehicle financing reached 4.5 per cent in July after starting the year at 3.5 per cent. The APR growth in 2022 means the “game has changed” compared to last year, he added. In 2022, vehicle prices increased between 12 and 13 per cent, but monthly payments went up only two to three per cent, on average, according to J.D. Power data.

Year-to-date for 2022, the total average monthly vehicle payment in Canada was about $770, Karwel said. Prior to the pandemic, it was $660.

Until now, Canadians have been absorbing these higher payments because lofty prices for used vehicles have been providing a “cushion,” Karwel said. But with higher interest rates accelerating payment growth ahead of vehicle price growth, consumers will need to adapt.

At the dealer level, Mark Falkenberg, head of Ontario’s Willowdale Auto Group, said he expects demand to withstand higher interest rates, at least in the short-term.

“People who need vehicles are going to continue to buy vehicles. You may have some of the people who may push it off because the rates have climbed, but I think that the strength of the equity in anybody who’s got a trade-in is still offsetting a fair amount of that rate increase.”

Once more new-car supply becomes available, however, Falkenberg said automakers will need to bring incentives back into the equation, or have their captive finance arms offer more generous rates, to keep buyers coming in.

With supply chain issues continuing to depress production, this scenario looks unlikely to play out before 2023, King said.

“There’s been close to a million lost sales over the last three years … Not all those people are going to go buy a car, but some of them will, and those lost sales I think will definitely give the market some strength into next year.”

Once production ramps back up, King said automakers should be able to maintain demand with incentives, even as rates rise. But further rate hikes, which economists are widely expecting, do pose a threat, he said.

“If the Bank of Canada overshoots on interest rates, drives the whole economy into recession, [and] people start getting laid off, then it has an impact on the automotive market,” said King.

Karwel, likewise, said rising interest rates and their impact on monthly payments could cool the hot auto market, but there is no guarantee the sector will find equilibrium.

“The big issue of it is it’s like a snowball going down a hill, you can’t necessarily stop it because we could cool off too much.”

If any one factor were to set off this “cascade” in the auto sector today, Karwel said downward pressure on used vehicle prices would likely be the culprit.

“That starts to impact the source of funds on the down payment, and it alters that payment ratio negatively for a consumer.”

Despite the uncertainty, Karwel said one other data point gives him confidence the auto market will be able to withstand modestly higher interest rates.

In the years before the pandemic, he said, you could “set your watch to” the percentage of the total vehicle price consumers were paying in their monthly payment. Between 2015 and 2019, the figure was 1.5 per cent. Yet through the pandemic, he added, that percentage has slid into the 1.4 per cent range, meaning consumers are paying for marginally less of their vehicle with each payment.

“That is suggesting that there’s the ability for payments to still go higher but the consumers will be willing to absorb it.”