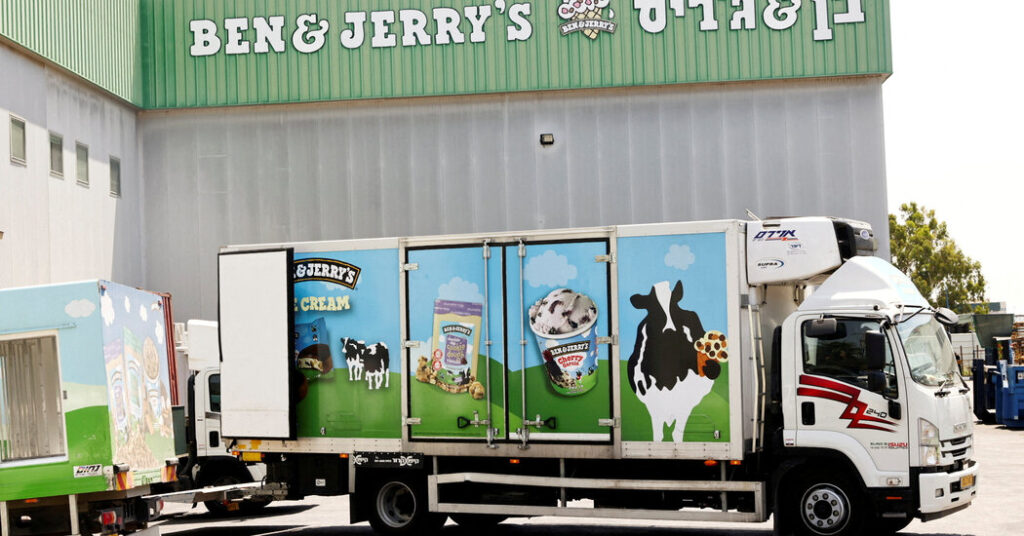 Behind the fight between Ben & Jerry’s and its owner, Unilever.


Ben & Jerry’s is suing its owner, the consumer products giant Unilever, in an unusual case that seeks to stop Unilever from selling the distribution rights of the ice cream brand in Israel to a local licensee.

Last year, Ben Cohen and Jerry Greenfield, the founders of the company famous for its stances on hot-button issues, said they would end sales in Israeli-occupied territories. The licensee is expected to continue selling Ben & Jerry’s in those areas.

The rift between Ben & Jerry’s and Unilever dates to Unilever’s acquisition of the ice cream brand in 2000, the DealBook newsletter reports. As part of that deal, Unilever agreed to let Ben & Jerry’s independent board, of which Unilever appoints only two of the 11 seats, continue to oversee the brand and its image.

The unusual arrangement gave the founders continued control despite the sale of their company. Typically, shareholders vote in elections for the board. But this contract is between Unilever and Conopco, which is officially the only shareholder of Ben & Jerry’s. Conopco is obliged to vote for the founders’ board picks and their successors, who are also named by Ben & Jerry’s board.

Unilever is able to choose the brand’s chief executive, which is something a board typically does, but even that person is supposed to defer to Ben & Jerry’s independent board when it comes to maintaining “the social responsibility aspects of the company,” Ann Lipton, a professor in business law at Tulane University Law School who has studied the acquisition, told DealBook.

But Unilever appears to have a possible out, Ms. Lipton said. The contract itself might not be enforceable in court. Traditionally, a contract is between two parties. In this case, the agreement could have been between Unilever and Ben & Jerry’s founders, but it’s not, she said.

She said she hadn’t heard of a similar case, adding, “It’s a case study in business law class.”