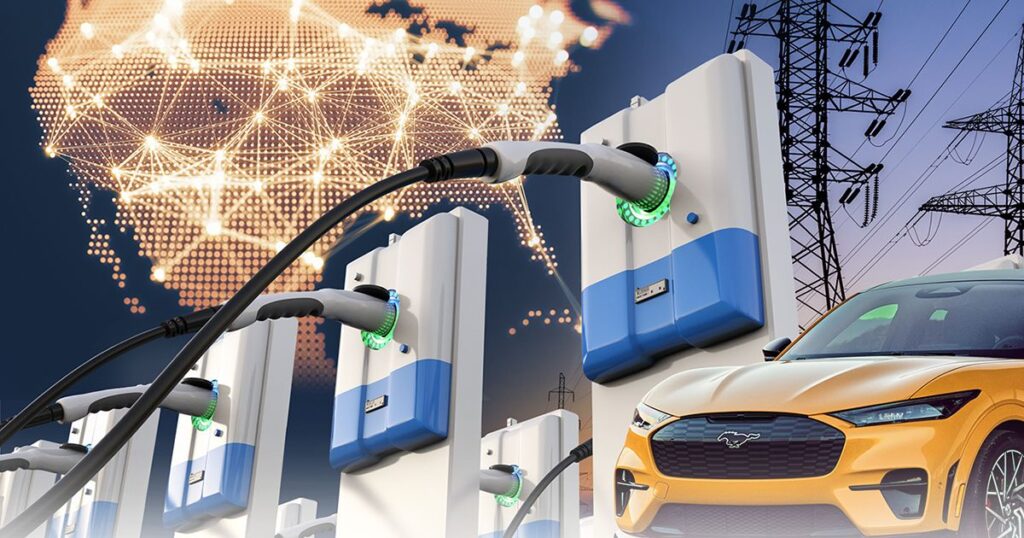 
The Federal Highway Administration’s proposed rule specifies standards for projects funded under the National Electric Vehicle Infrastructure Formula Program, or NEVI, which is authorized under a provision in the infrastructure law.

The proposed rule includes a requirement to build EV charging stations every 50 miles, no more than 1 mile off the highway, and with a focus on the interstate system and alternative fuel corridors. Stations also would be required to have at least four 150-kilowatt direct-current fast charging ports capable of simultaneously charging four EVs.

It also requires real-time information on station location, availability and pricing, and compliance with the Americans with Disabilities Act and other relevant state and federal requirements, officials said.

The EV charging infrastructure also would be required to operate on the same software platforms across states, and there would be data submission requirements to create a public EV charging database as well as network connectivity requirements to enable secure remote monitoring, diagnostics, control and updates.

More specifically, the rule would require that chargers communicate with EVs through an industry-standard charging port type called the Combined Charging System, which would accommodate a baseline of vehicles as well as EV charging adapters.

The proposed rule would prohibit charging stations funded under the NEVI program from requiring drivers to have a membership or “be part of a club,” Buttigieg said.

“It ensures the charging stations funded under these programs can serve a broad range of vehicles, including bestselling models from Ford, GM and more automakers,” he added. “And it sends a market signal toward a standard charging port for stations to accommodate the widest possible set of vehicles and accommodate the adapters for all vehicles.”

Federally funded EV charging stations also would be capable of servicing Tesla models, officials said. The automaker has its own fast charging network in the U.S. and globally.

The proposed rule would require consistency in EV charger installation, operation and maintenance. It also would require chargers to be working 97 percent of the time, noted Stephanie Pollack, deputy administrator for the Federal Highway Administration.

Biden wants half of all new vehicles sold in the U.S. to be zero-emission by 2030, but building a reliable EV charging network could be a challenge for states looking to support EV adoption.

A study released in April of 657 connectors at 181 public DC fast charger stations in the San Francisco Bay Area found about 23 percent of them to be “nonfunctioning.”

Common problems included failures with the station’s payment system, a failure to begin charging, error messages displayed on the screen, and blank or unresponsive screens, according to researchers with the University of California, Berkeley.

PrevPreviousECB Prepares for First Interest Rate Increase in a Decade
NextJump in Mortgage Rates Could Add $100,000 to Housing CostsNext