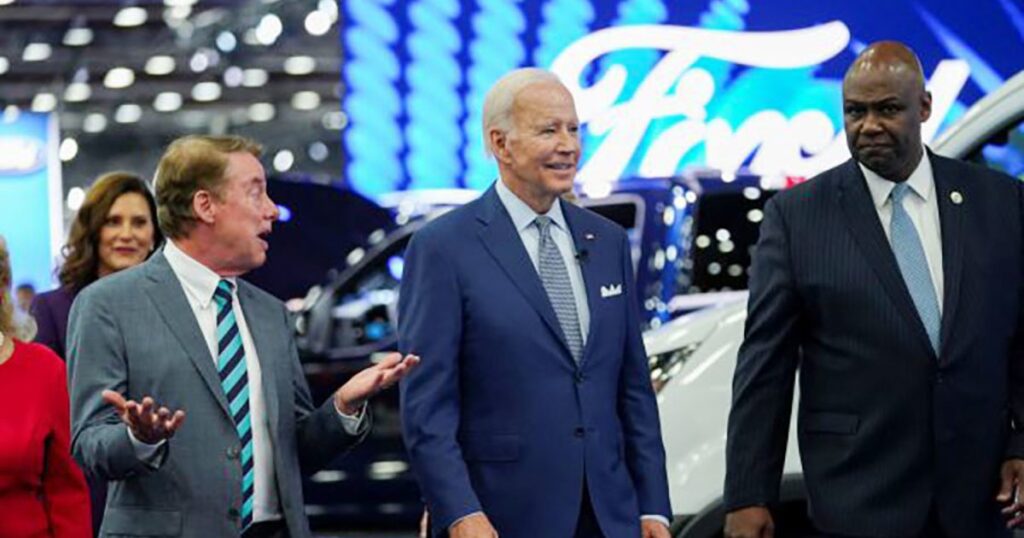 
As of June, there were a total of 100,111 public charging outlets scattered across 44,698 locations in the U.S., according to the Alliance for Automotive Innovation, an industry trade group that represents most major automakers.

For context, 420,546 EVs have been registered since the start of 2022 but only 12,603 new chargers have been installed. That’s a ratio of 33 vehicles for every public port, the alliance explained.

“The data on public charging remains an area of concern and something the White House is rightly focused on,” said John Bozzella, CEO of the alliance. “We’re not adding public charging in this country nearly fast enough to keep up with EV sales. That’s the key to overcoming range anxiety and to convincing drivers who might be on the sidelines that going electric is right for them.”

Loren McDonald, CEO of analysis and consulting firm EVAdoption, said the state plans will help fill in some of those “charging deserts.”

“Probably one of the single biggest benefits of NEVI is it’s actually going to put in these charging locations where the private charging networks are not putting them because of low utilization,” he said. “It is going to really help fill in those charging gaps.”

Funding through the program is first directed to designated alternative fuel corridors and interstate highways to start building out the national charging network. Once fully built, funding can be used on any public road or in other publicly accessible locations, according to the guidance.

With federal funding, “states are providing a foundation in which to build on, but it’s not the end game,” Nigro said. “There’s got to be an incredible amount of investment, considerably more than what the states are doing right now. Most of that’s going to get done by the private market in order for us to get to where 50 percent EV adoption is possible nationwide.”

“By any measure, we still have a long way to go before we hit the goal the president has set out,” Nigro said. “There’s a lot more infrastructure that needs to be built before EVs are really easily competing against gasoline vehicles in every market.”