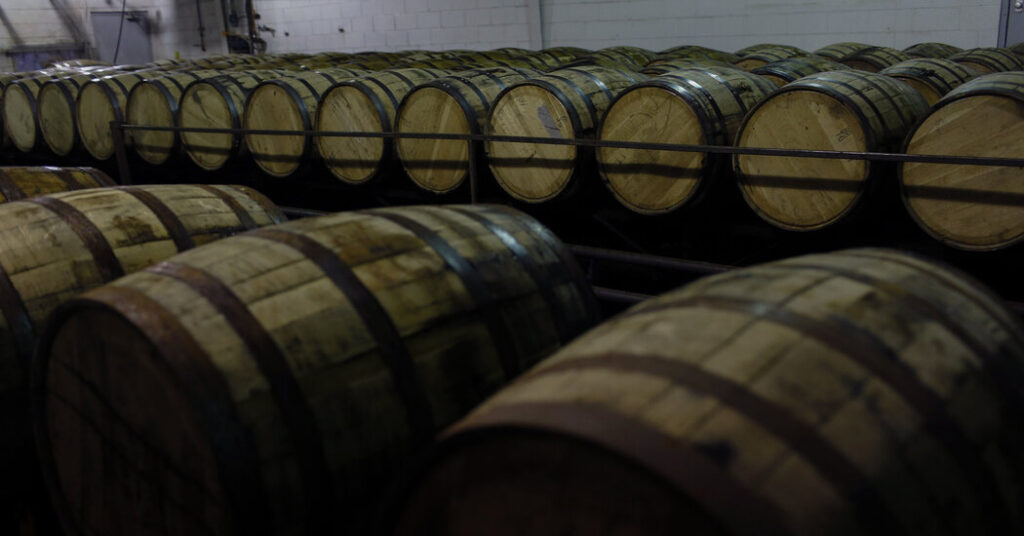 Big Returns for Investing in Fine Wine and Whiskey? It Was Fraud, U.S. Says.


One company claims on its website that purchasing its whiskey can “help you acquire a piece of history.” Another says it specializes in the acquisition and sale of “the world’s most illustrious exciting and pleasurable Investment Grade” wines.

But according to federal court records, those behind the two companies and a third business used an elaborate scheme to defraud more than 150 people across the United States, mostly older adults, of more than $13 million by promising returns on whiskeys and fine wines — returns that they never received.

The accusations are included in an affidavit filed in federal court in Ohio in connection with the arrest last week of Casey Alexander, a British citizen who the authorities say participated in the scheme, which originated in Britain.

Mr. Alexander and “other unknown co-conspirators” were charged with conspiracy to commit wire fraud as part of the scheme, according to court documents filed in United States District Court for the Northern District of Ohio. Mr. Alexander was released on $50,000 bond, according to court records. His lawyer, John J. Spellacy, did not respond to requests for comment on Tuesday.

The three companies, Charles Winn LLC, Windsor Jones LLC and Vintage Whisky Casks LLC, each have addresses in Delaware, according to the court documents. None of the three companies responded to requests for comment on Tuesday.

Those behind the companies cold-called dozens of people and persuaded them to wire funds or make out checks to their businesses, Matthew E. Scalisi, a special agent with the Federal Bureau of Investigation, said in the affidavit.

The co-conspirators, he added, used “aggressive and deceptive tactics,” false names and the promise to store the fine wines and whiskeys in a warehouse in Britain, while they accrued value.

After the initial investment, the conspirators kept in contact with the people they targeted by email and phone, persuading them to continue investing with the promise of “even larger returns,” according to the affidavit.

Daniel Ball, a spokesman for the U.S. attorney in the Northern District of Ohio, declined to comment on the case on Tuesday.

Court documents say the F.B.I. learned of the scheme in April 2020, after the son of an 89-year-old man who had been targeted notified the police in Highland Heights, Ohio, near Cleveland.

The man told the authorities that his father had been defrauded for more than $300,000 by one of the companies, Charles Winn. The man said his father believed he was investing in “rare dessert wines” that would increase in value over time.

According to court documents, Charles Winn LLC is registered in Delaware, and is “reportedly headquartered” in Britain.

Several other complaints were made to the Highland police in 2019, according to court documents, with victims reporting that they had been cold-called by either a “Robert Wilson” or “Sebastian Renner” who claimed to represent Charles Winn, LLC.

Another person, a 73-year-old, from Grandville, Mich., sent $85,560 to Charles Winn for “rare European wines,” according to documents. The company promised a 35 to 40 percent return on investment, and claimed to have Chinese buyers who were willing to pay for the rare wines, documents say.

Another person said that around December 2020, a representative claiming to be from Vintage Whisky Casks had called to glean their interest in a “whiskey investment opportunity.” The representative was later identified as Mr. Alexander.

Around November 2021, Mr. Alexander met with the person in Phoenix and talked for about an hour about whiskey, the person said, adding that Mr. Alexander told them if they invested more money, they would receive an invitation “to a party for high-end investors in Scotland.”

The person said that they later received a call from a different representative from the company, asking them to purchase $250,000 of Hogshead whiskey. (The person sent a $100,000 check, but put a stop on it after the authorities contacted them.)

According to documents, an inside witness had begun cooperating with the authorities around May 2020, and reported receiving several cease and desist letters from state securities agencies, including the Texas State Securities Board, and from lawyers who represented those who claimed they had been taken in.

Federal investigators said that the companies “have returned approximately $250,000 of the $13 million invested by the victims in the purported wine and whiskey fraud scheme.”