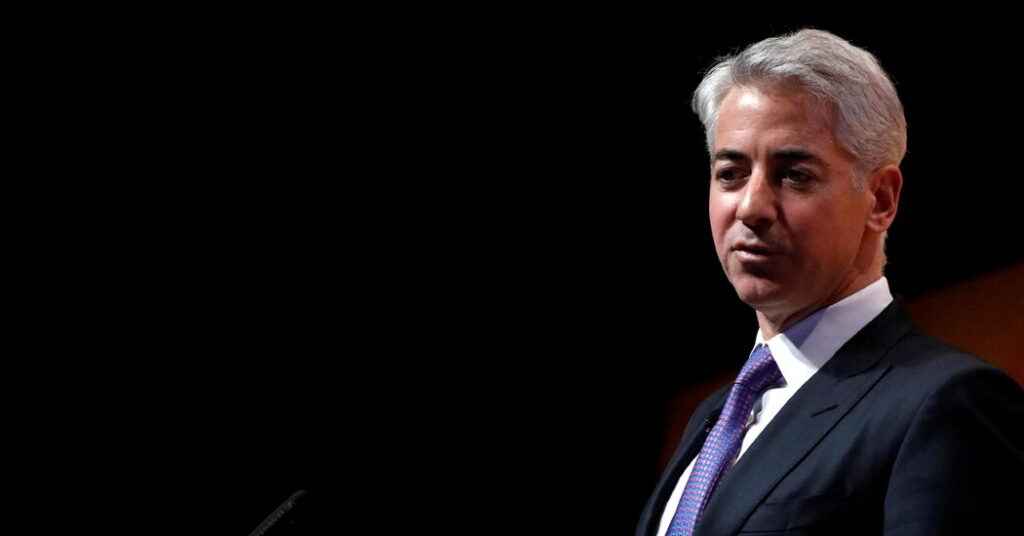 
Two years after raising the largest-ever special purpose acquisition company, or SPAC, the billionaire Bill Ackman has concluded that he will be unable to do a deal that meets its needs.

In a letter to shareholders on Monday, Mr. Ackman said he would return the funds of his SPAC, Pershing Square Tontine Holdings, because it was “unable to consummate a transaction that both meets our investment criteria and is executable.”

SPACs, also known as blank-check companies, use capital from the public market to invest in a private company, taking it public in the process. They have two years to find a company to acquire before their owners must give investors their money back.

The product was Wall Street’s favorite toy during the pandemic, as young companies were eager to go public quickly, taking advantage of lofty valuations in the public market. But it has fallen from grace as many of the companies that went public have floundered, and regulators have zeroed in on the product.

Mr. Ackman cited these reasons in explaining why his SPAC had yet to find a deal. Given how rocky the public markets are right now, he said, many “high-quality and profitable” companies are putting off going public.

Mr. Ackman had, at one point, found an appropriate suitor, through a complex transaction that involved buying a minority stake in Universal Music while spinning out two other blank-check vehicles. But regulators balked, and the plan was scrapped. Later, a lawsuit challenged the fundamental structure of the SPAC. Mr. Ackman warned at the time that the threat of litigation would make finding another deal harder.

He proposed replacing his SPAC with a new blank-check vehicle called a SPARC. Investors in a SPARC do not put in any upfront money. Instead, they receive a right (the R in SPARC) to buy in once the vehicle announces a merger target, which isn’t subject to a time limit.

In his letter to shareholders, Mr. Ackman wrote, “We are disappointed that we did not achieve our initial objective of consummating a high-quality transaction,” adding, “We look forward to the opportunity to continue to work on your behalf once SPARC is successfully launched.”