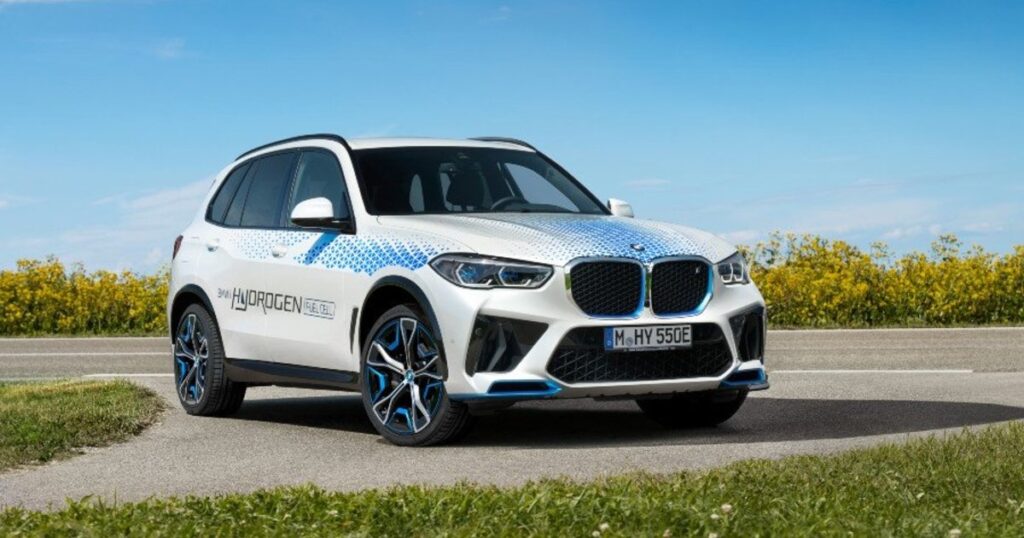 Toyota continues to sell the hydrogen fuel cell Mirai sedan in limited numbers, although it is not a battery hybrid like the Renault and BMW vehicles. And both Renault and Stellantis sell hybrid hydrogen-battery electric commercial vans.

Fuel-cell proponents say the technology is well-suited for heavier personal vehicles such as crossovers often used for long trips and would need a large and expensive battery pack to match the range of smaller full-electric cars.

BMW’s openness to include hydrogen fuel-cells in its Neue Klasse vehicles indicates the platform’s flexibility — the company has said it is electric only.

Fuel-cell vehicles convert hydrogen to electricity, with the only emission being water.

The Neue Klasse platform goes into production in 2025 at the automaker’s new factory in Debrecen, Hungary. The platform will also be used in the company’s Munich factory, which will produce vehicles based on it starting in 2026, Zipse said.

Zipse said BMW would give a  “glimpse” of a future Neue Klasse vehicle at the next IAA Mobility event, scheduled for September 2023 in Munich. He said it would offer “a spectacular digital experience for our customers” but gave no other details.

BMW expects more than half of its global sales will come from vehicles on the platform by the end of the decade, Zipse said.