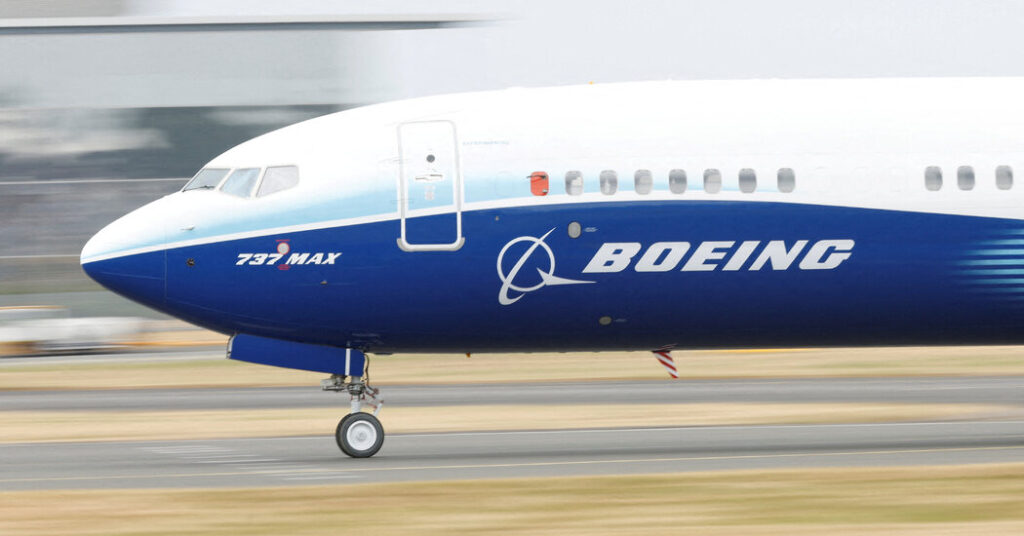 Boeing Reports Drop in Profit but Sees ‘Momentum’ for Turnaround


Boeing reported a drop in profit and weaker revenue than analysts had expected for the second quarter, but said on Wednesday that it was close to restarting deliveries of its 787 Dreamliner plane and was on track to end the year with more cash coming into the business than out of it.

The company said it had earned $160 million in the quarter, down from $567 million in the same period last year, on nearly $16.7 billion in revenue, which was 2 percent lower than last year. The company’s free cash flow, a closely followed measure of financial health, was negative $182 million in the second quarter, but Boeing said it was poised to report positive cash flow for the full year.

The announcement came after a banner week in which Boeing announced sales of nearly 200 commercial planes during an international air show.

The company is “building momentum in our turnaround,” Dave Calhoun, Boeing’s chief executive, said in a statement.

During the second quarter of this year, Boeing reached its goal of increasing production of the 737 Max, its flagship commercial plane, to 31 jets per month. Boeing had been turning out as many as 52 Max models per month until the jet was involved in two fatal crashes in late 2018 and early 2019. Those crashes, in which 346 people were killed, led to a global ban of the plane that lasted from March 2019 through nearly all of 2020. The Max was then allowed to fly again on the condition that Boeing made certain fixes to the plane.

Since then, Boeing’s backlog of orders for the plane has recovered meaningfully, and the Max has carried out tens of thousands of flights and spent more than 1.5 million hours in the air, according to the company. Last week, Boeing announced it had sold more than 185 of the jets to a handful of customers, including Delta Air Lines, which placed an order for 100 of the largest variant of the plane, the Max 10. That builds on the 233 Max orders Boeing recorded through June of this year.

But while the Max, a single-aisle plane, has enjoyed a solid recovery over the past year, another Boeing commercial airplane has been sidelined. Deliveries of the twin-aisle 787 Dreamliner have been on hold for more than a year amid quality concerns, but the company said that it is close to reaching an agreement with the Federal Aviation Administration to allow it to start shipping the plane again.

“Our 787 team is in the final stages of preparing to restart deliveries,” Mr. Calhoun said in a note to employees.

In May, Lufthansa said it would buy seven Dreamliners, breaking a monthslong sales dry spell for the plane. Last week, Boeing announced additional orders of five Dreamliners from AerCap, an airline leasing company, and four from Azerbaijan Airlines.

The delivery freeze had taken a toll on Boeing’s customers. Earlier this year, for example, American Airlines said it had to cut several international routes from its summer schedule because it had been planning on using that plane to carry them out. An executive at American said last week that the airline now expects to receive two Dreamliners next month.

Before the pandemic, Boeing had been turning out 14 of the planes per month, but production had fallen amid the recent pause. The company said on Wednesday that it expected to eventually return to producing five Dreamliners per month and to eventually absorb $2 billion in “abnormal costs” for the program, including $283 million in the second quarter.