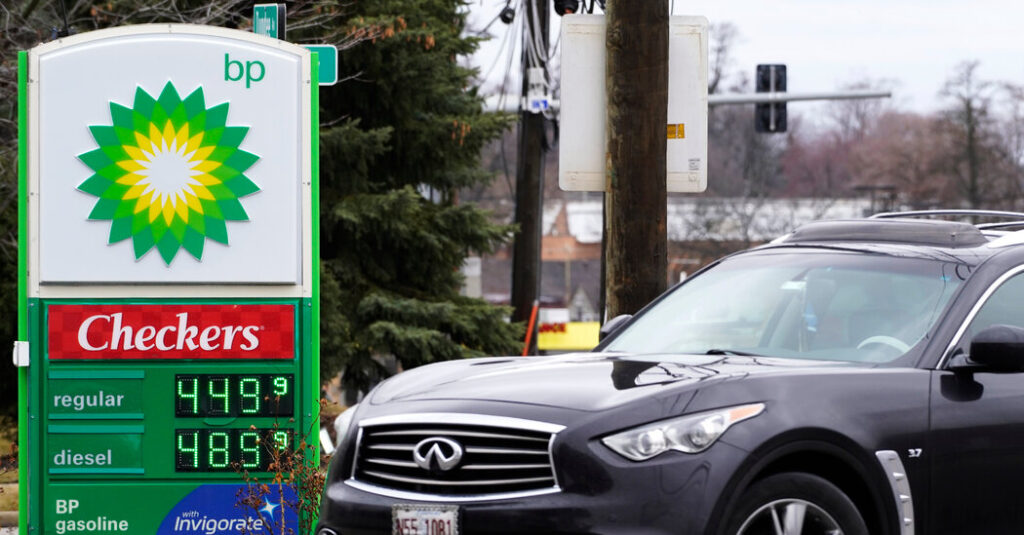 
BP, one of the world’s largest oil companies, easily beat expectations for second-quarter profit on Tuesday as high prices and constrained supply have driven up earnings for energy companies.

BP reported an underlying profit of $8.5 billion, up from $6.2 billion in the previous quarter and triple the $2.8 billion in the same period last year. Its shares rose more than 3 percent in trading in London, where the company is based.

The results mean that the five biggest Western oil companies — BP, Chevron, Exxon Mobil, Shell and TotalEnergies — generated some $60 billion in profit for the second quarter. The surge in earnings followed a spike in crude oil, natural gas and gasoline prices this year, resulting mostly from Russia’s invasion of Ukraine.

The five energy giants also spent about $25 billion in the first half of the year buying back their own shares, which primarily rewards shareholders by raising the value of stocks. BP said it spent $3.9 billion on buybacks in the first half, and planned $3.5 billion worth of buybacks in the third quarter. The company said it would devote 60 percent of its “surplus cash flow” this year to share buybacks. It also raised its dividend by 10 percent.

“Now is not the time to lose discipline,” Bernard Looney, BP’s chief executive, said on a call with analysts. “So that’s the first thing to say is that we are anxious not to get drawn into this into believing that this new world will be this new world forever, and we’re cognizant of the industry’s history.

BP announced its exit from Russia in February, and in the first quarter wrote off about $25 billion in the value of its stake in Rosneft, Russia’s state-controlled oil company, and other ventures. Analysts considered that a paper loss with little relevance to BP’s future performance.

Energy companies’ windfall profits have brought political pressure on them to do more to increase production and lower costs to consumers. President Biden has accused oil companies of profiteering off surging energy prices and Britain, home of BP and Shell, has announced a special tax on the industry’s “extraordinary” profits.

A climate and energy bill agreed by Senate Democrats last week aims to reduce global warming pollution by 50 percent in the United States by 2030. The bill also mandates lease sales for new oil and gas exploration in the Gulf of Mexico, a major base of operations for BP, and generally “gives a nod to the importance of oil and gas,” Mr. Looney told analysts.

“I think is attempting to strike a balance, which I think is quite sensible and pragmatic between delivering energy security today, which is a hydrocarbon-based system for the United States,” he said, “and at the same time, obviously, a lot of climate provisions.”