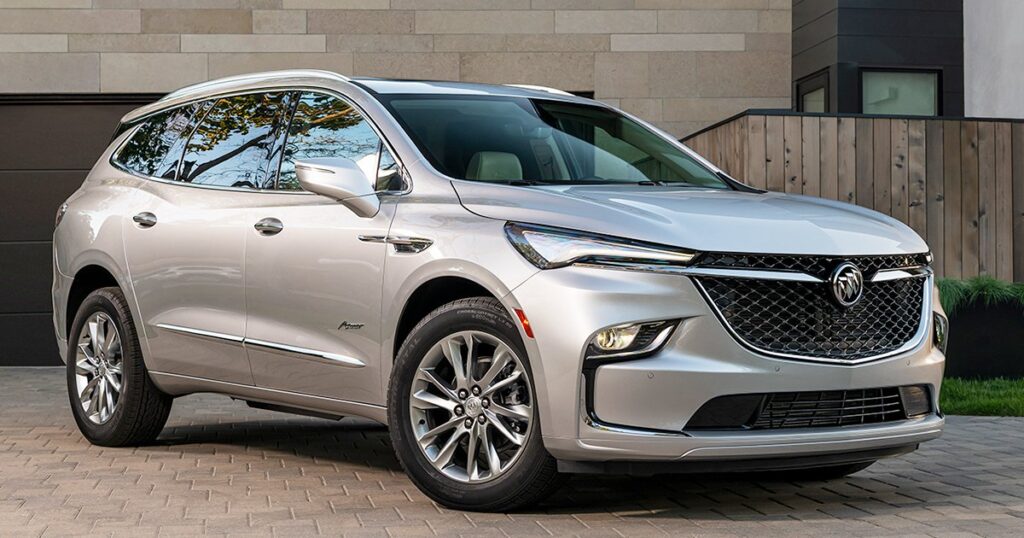 
“Sometimes people almost think it means this happens tomorrow, but clearly that’s not the case. We’ve got a phenomenal range of vehicles in the marketplace today,” Duncan Aldred, global vice president of Buick-GMC, told Automotive News in June. “We’re going to be playing in the emerging EV space, but also obviously in the existing combustion-engine space. We’re very optimistic and aggressive about the volumes we will achieve through this period.”

The brand has said that its future product designs will resemble the Wildcat EV concept, which it unveiled last month. The design features a more sculptural look, wider stance and more spacious interior.

All of Buick’s upcoming EVs will be called Electras — a name Buick last used in 1990 — plus an alphanumeric to differentiate the models.

Buick will continue to leverage its luxury Avenir subbrand as it launches EVs, executives said in May.

Buick ranked No. 1 in J.D. Power’s latest initial quality study. Holding onto that customer satisfaction will be key to the brand as it rolls out EVs, said Jeff Schuster, president of global forecasting at LMC Automotive.

If Buick maintains high-quality ratings and follows the design vision it has laid out in China and with its Wildcat concept, “they’ve got a pretty good prognosis for doing well in the market,” Schuster said.

Electric crossovers: Forecasters expect two electric crossovers to go on sale in 2024. Both will be called Electras with an alphanumeric. They will be built in China. Buick has confirmed plans to produce one of the crossovers.

Enclave: The Enclave, the largest of Buick’s crossovers, will be redesigned in 2024. It likely will get technology upgrades such as the Super Cruise driver-assist system.

Envision: The Envision will be freshened in 2024. The updates likely will be minor.

Encore GX: The Encore GX will be freshened in early 2024, likely with minor updates.

Encore: Buick may end production of the Encore this year, or the crossover could be redesigned alongside the Chevrolet Trax in early 2023.