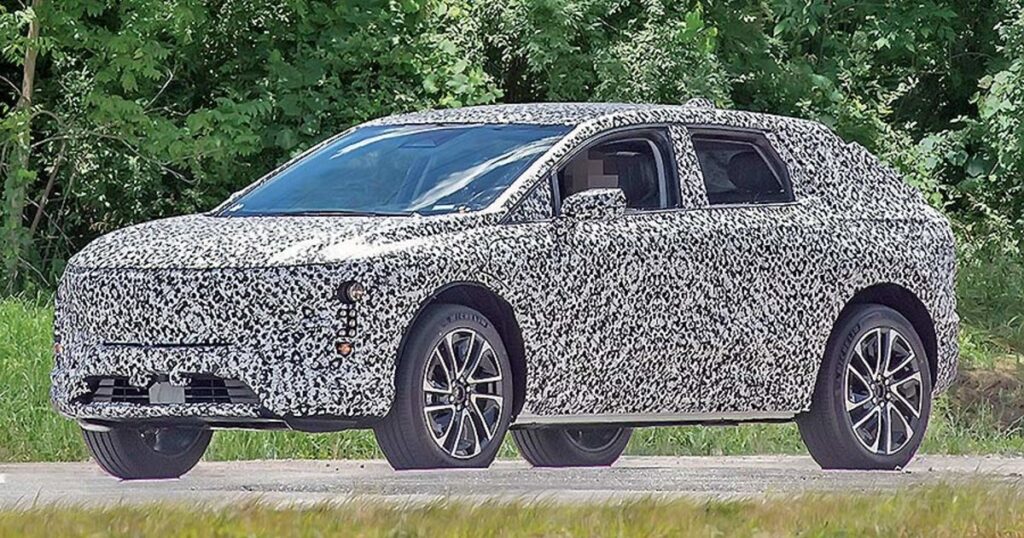 Cadillac EV borrows from Lyriq but has unique look


DETROIT — Cadillac’s electric compact crossover will take styling cues from the Lyriq midsize crossover, but it appears to have a shorter wheelbase and smaller, more upright interior than its larger sibling.

The side profiles and layouts are similar, but there are some scale and design differences, according to spy photos of the compact crossover prototype. It has smaller door openings and windows than the Lyriq, with side mirrors mounted lower on the door, for example.

The compact crossover is one of several Cadillac electric vehicles in the pipeline as the luxury brand converts to an all-electric lineup by 2030. Cadillac, the brand set to lead General Motors’ EV transition, will likely have at least eight electric vehicles on sale in the U.S. by the end of 2026.

Cadillac has not confirmed any EVs beyond the Lyriq, on sale now, and the Celestiq, slated to go on sale next year.

The electric compact crossover will replace the XT4, which is expected to be discontinued in 2026. The EV will likely be built at GM’s assembly plant in Ramos Arizpe, Mexico, in 2024. The Lyriq is built in Spring Hill, Tenn.

“The rear door on the new one seems to be smaller, and the space behind the second row of the new model is shorter and more upright compared to the Lyriq’s fastback-like rear,” said Sam Fiorani, vice president of global vehicle forecasting at AutoForecast Solutions.

The compact crossover looks to be about 181 inches long, the same length as the XT4 and about 16 inches shorter than the Lyriq, Fiorani said.

The vehicle’s name has not been announced, but nameplates in the brand’s EV lineup will end in “iq.” Cadillac has trademarked the names Optiq, Symboliq, Ascendiq, Lumistiq and Vistiq.

PrevPreviousThe Humbling of Coinbase – The New York Times
NextAmazon to Buy Maker of the Roomba for $1.7 BillionNext