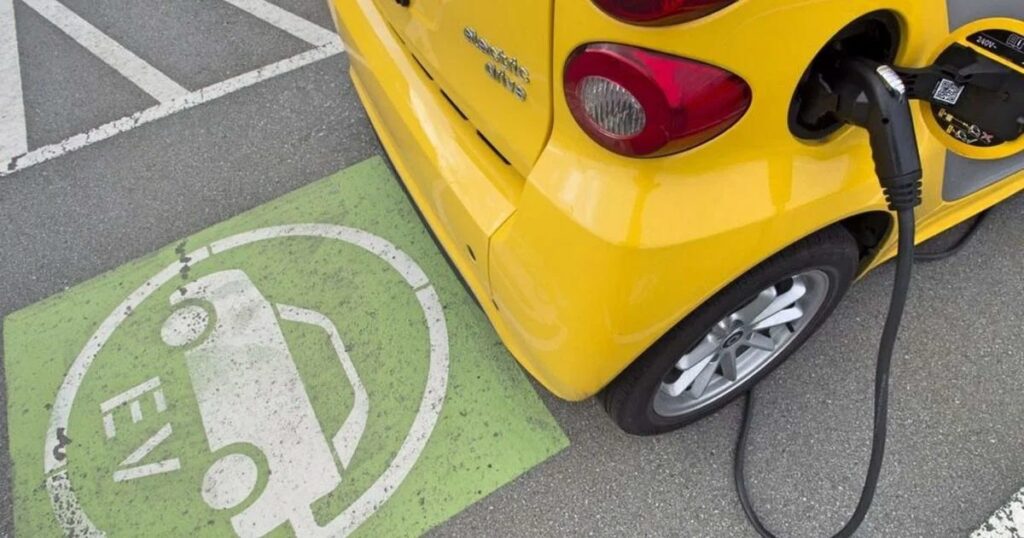 
The Democrats’ revamped credit for consumers buying new battery-electric, plug-in hybrid and fuel cell vehicles would eliminate the 200,000-vehicle-per-automaker cap — a threshold surpassed by General Motors, Toyota and Tesla — but add increasingly stringent requirements on critical mineral and battery sourcing as well as limits on vehicle sticker prices and a buyer’s income.

As of Friday, the spending bill was undergoing a formal review by the Senate parliamentarian. Provisions such as the EV tax credit could be stripped from the bill if they don’t directly affect federal revenue, as required by the budget reconciliation process.

The legislation, which could get a vote by this weekend or early Monday, cannot pass in the evenly split Senate without Manchin, of West Virginia, since Democrats need a simple majority vote, or 50 senators plus the vice president. The bill’s fate also hinges on the support of fellow red-state Democratic Sen. Kyrsten Sinema, of Arizona, who on Thursday signed off on the climate, tax and health care legislation after securing a handful of changes. No Republicans are expected to vote for the bill.

While supportive of Manchin’s goal to reduce dependence on nations including China for critical minerals, automakers represented by the Alliance for Automotive Innovation expressed concern this week that the tax credit’s rules, as proposed, could curtail eligibility in the near term.

“A likely result of this bill — as currently constructed — is that a significant number of consumers will not be able to take advantage of this credit in the early years when it is needed the most,” said John Bozzella, the alliance’s CEO.

Many of the group’s members, which include the Detroit 3, Toyota and Volkswagen, are forming partnerships with battery suppliers and other EV-related companies in North America to develop raw material and EV battery component operations.

“That’s a process that is well underway,” Bozzella said, “but it’s also a change that doesn’t happen overnight.”

The American International Automobile Dealers Association, which represents more than 9,000 international nameplate dealers in the U.S., also warned of the proposal’s eligibility constraints.

“Auto dealers will be left trying to explain to consumers why these incentives aren’t available to them,” Cody Lusk, AIADA’s CEO, said in a Twitter post this week.

Under the proposal, vehicles would be eligible for half of the credit — or $3,750 — if 40 percent of the critical minerals used in the battery are extracted or processed in the U.S. or in a country where the U.S. has a free trade agreement in effect, or from materials that were recycled in North America. Starting in 2024, the requirement rises annually, ending at 80 percent by 2027.

Eligibility for the other half of the credit would depend on whether 50 percent of the battery components are made or assembled in North America. Starting in 2024, the requirement also increases annually, reaching 100 percent by 2029.

Final assembly of the vehicle also must occur in North America — a provision that would apply immediately after the bill is enacted.

The tax credits would be applied at the point of sale and expire after Dec. 31, 2032.

GM CEO Mary Barra on Thursday, Aug. 4, joined President Joe Biden and other business leaders in a virtual discussion on the benefits of the Inflation Reduction Act. She said the Detroit automaker “deeply appreciates” the inclusion of the EV tax credit.

“While some of the goals cannot be achieved overnight,” she said, “we are confident that the significant investments GM is making in manufacturing, in the work force, in our infrastructure, in supply chains and in clean energy will establish the U.S. as a global leader today and in the future.”