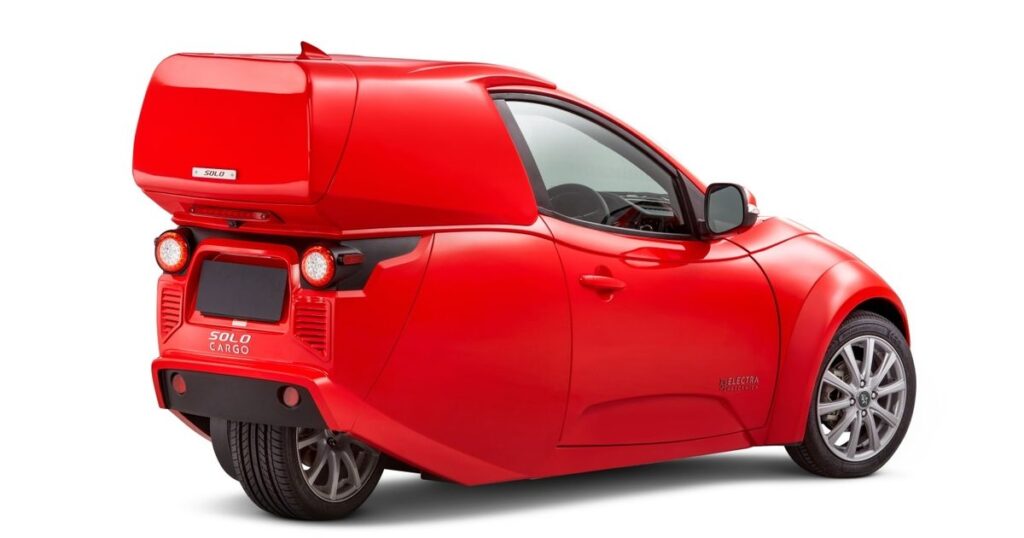 
In addition to Joco, Arcimoto has small pilot programs for the Deliverator in Los Angeles; Key West, Florida; and Eugene, Oregon. The goal is for electric three-wheelers to gain a foothold in the United States as urban delivery vehicles, a role they already play in cities across China, India, and Southeast Asia.

“What we’re aiming to do is radically widen the market opportunity for three-wheeled vehicles,” said Arcimoto co-founder and CEO Mark Frohnmayer.

Of the 117 million three-wheelers on the road globally last year, according to BloombergNEF’s Electric Vehicle Outlook , more than 90 per cent were in China and India. China alone has a fleet of roughly 100 million, primarily used for hauling passengers and cargo on short trips. Nearly 70 per cent of the global fleet is electric, mostly using lead-acid batteries, though a swift transition to lithium-ion is underway. BNEF expects global sales of electric three-wheelers to pass 12 million units this year, with fewer than 10,000 outside of China and India.

In the United States, the three-wheeler remains a niche product, with combustion engine models such as the Polaris Slingshot sold to retail buyers as flashy weekend rides. Arcimoto is attempting to use that recreational appeal to get U.S. drivers to opt for light electric vehicles for some of the many, many short trips they take alone in cars.

“We compete very well on the joy factor with all kinds of toys in the market,” said Frohnmayer, “but the utility thesis very quickly shines through for our customer base.”

For the moment, that base is small. The company built about 300 vehicles last year, including the two-seater retail FUV, the Deliverator, and other variations built for first responders, landscapers and movie sets. It’s targeting 1,000 this year.

ElectraMeccanica, a rival electric three-wheeler maker founded in 2015, has so far produced more than 400 of its flagship vehicle, the SOLO, which seats only the driver, and sells for $18,500.

Vehicles like the FUV and SOLO occupy an in-between space in the personal transportation market — more than a bicycle, but less than a car.