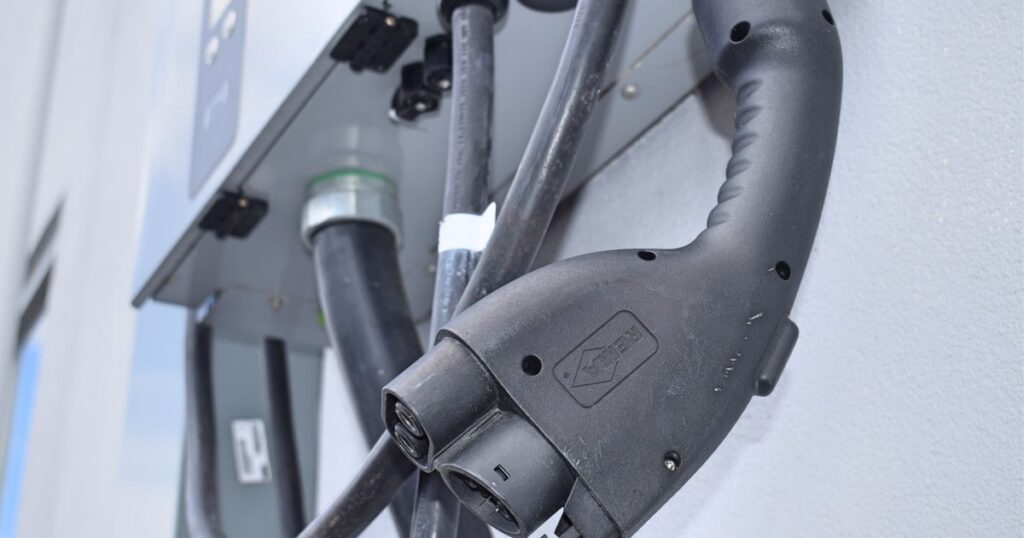 
The 50,000 new chargers Ottawa plans to help build by 2030 will be lumped together with the roughly 16,000 public charging stations already installed across the country.

Even if all those new chargers are powered up, the rapid pace of EV adoption means by 2030, those charging points will be outnumbered by EVs 70 to one, the report says.

This would leave Canada dramatically short of projections for comparable countries.

The United States is expected to have 1.3 million public chargers up and running by 2030, the IEA report says, a ratio of about 30 EVs per charger. The United Kingdom is expected to have about 35 EVs for each charger, while a ratio of 25 to one is forecast for the European Union. In China, where drivers are expected to rely far less on in-home charging, the IEA forecasts 10 EVs to each public charger. The agency did not break out projections for Canada.

How much public charging infrastructure is needed to support EV fleets remains an open question, but the IEA said whether drivers reside in single-family homes or multi-unit apartments, as well as the distance they typically drive, are two key indicators.

As is the case in Canada, the United States’ relatively high proportion of garage-equipped homes has allowed public charging networks to expand more slowly than in countries, such as China or South Korea, with far higher population density, the report says. But this will not continue indefinitely.

“As the market evolves and more consumers replace conventional vehicles with EVs, even in countries with high shares of single-family dwellings, the reliance on public charging solutions will increase,” the IEA report says.

The Canadian government said it has already supported construction of 25,000 chargers, both completed or in-progress, but acknowledged “more chargers are needed.”

A statement from Transport Canada did not directly address the risks of a charging station shortfall raised by the CVMA, but it said fresh funding was allotted in the 2022 budget to build more chargers. An additional $400 million was awarded to Natural Resources Canada, which has been supporting charger deployments since 2016. The Canada Infrastructure Bank also received $500 million to invest in “large-scale ZEV charging and refuelling infrastructure that is revenue generating and in the public interest.”

Despite the new spending announced in the budget, Ottawa has not upped its 50,000-charger commitment.

Meantime, not all industry insiders see the federal spending as insufficient.