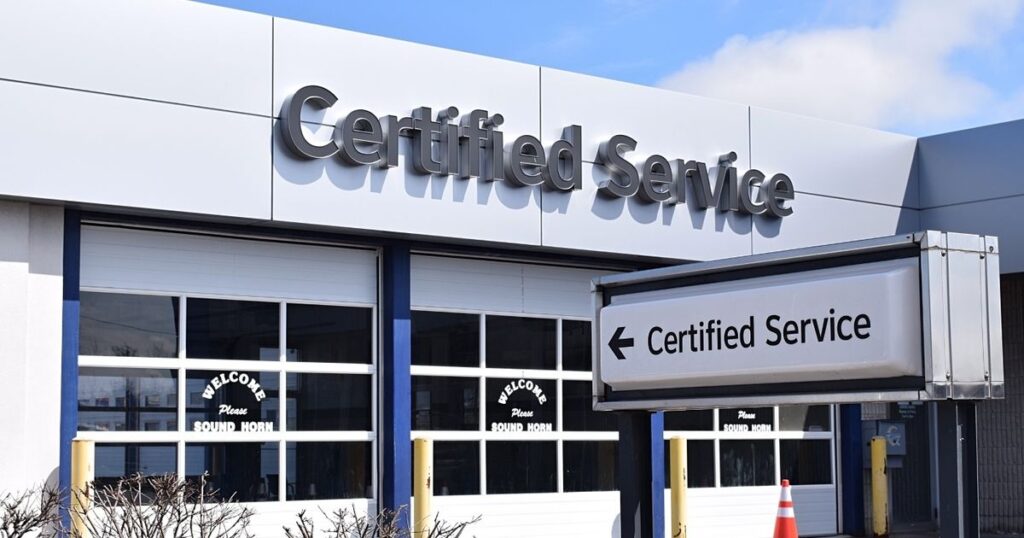 
As EV uptake increases, she expects to be able to assess what changes dealership service departments will need to make. One option will be to “scale down” fixed ops and implement a more efficient cost structure, if EV customers are making fewer appointments than traditional vehicle drivers, she said.

‘IT’S A SHIFT FOR THE NETWORK’

Automakers are also not starting from scratch on prepping dealers for EV the transition.

“It’s a shift for the network,” said Shane Peever, managing director of Cadillac Canada, but the brand can rely on data from General Motors dealers that have sold large numbers of Chevrolet Bolts and Volts over the past decade.

“While they may not have oil changes to do anymore, there’s still a lot of good service revenue and reasons for customers to work with our dealers,” he said, noting customer retention has proved higher among EV owners.

With deliveries of the new Cadillac Lyriq EV scheduled for August, Peever said the brand’s retailers are poised to be “wired and ready to go.” Cadillac is requiring dealers to have at least nine EV chargers, including several fast chargers.

Peever acknowledged Cadillac asked all its Canadian dealers to make a “large investment” as part of the shift, but that come August, its full network will be prepared for the transition.

‘EVERYBODY WILL GET THERE’

David Adams, CEO of the Global Automakers of Canada, which represents overseas automakers in Canada, said this one-size-fits-all model will help ensure customers get a consistent experience at dealerships across the country. While it is understandable some brands are opting for a staged approach among their dealers, easing into EV readiness has its hazards, he added.

“From a consumer perspective, that could potentially be a bit confusing if they have a vehicle of a particular brand and they bought it out of one dealership, but they happen to be traveling and they can’t get it serviced at that dealership because that dealer is not an EV-ready dealership.”

PrevPreviousTwitter Said to Agree to Give Elon Musk Access to Stream of Tweets
NextLawrence D. Ackman, a Cityscape’s Financier, Dies at 83Next