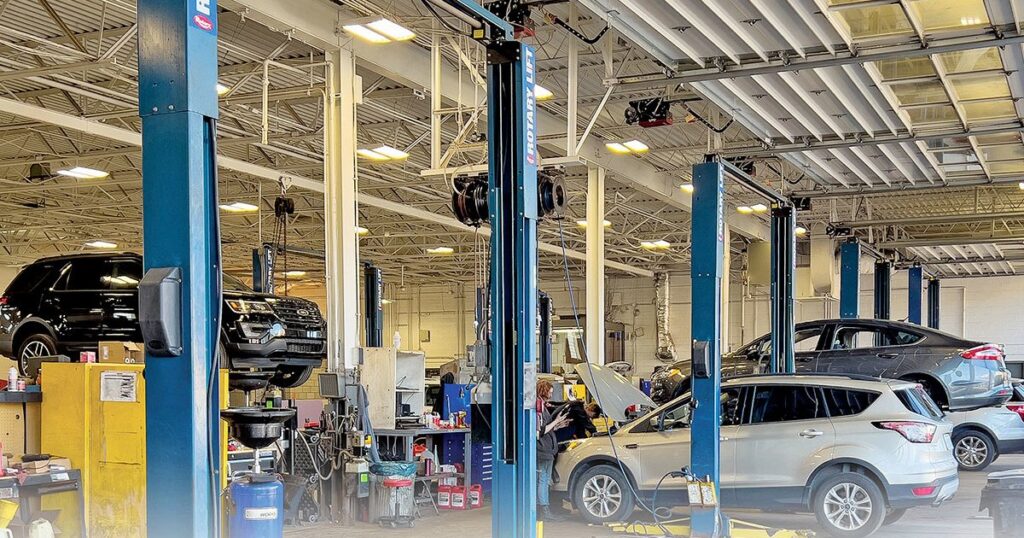 
Some dealership groups are investing to add capacity and efficiency while times remain good.

The dealership group centralized its wholesale parts business about five years ago, in part to support its own collision repair business, Cochran said. As the collision business grew and attracted more sales from independent body shops, the parts operation outgrew the space.

The wholesale parts business has annual revenue of roughly $45 million, he said. The group expects the business could reach $65 million to $70 million with more space.

“It’s going to put us in position to really extend and grow that wholesale parts” business, Cochran said.

Beyer Auto Group in Virginia was able to add two evening service hours at most of its stores after offering technicians the option to work four 10-hour days, rather than eight-hour shifts Monday through Friday, said Patrick Brooke, fixed operations director. That change has been in place for about a year, allowing the group to pick up an additional 180 to 200 repair orders per month.

The group, which sells Kia, Jaguar, Land Rover, Mazda, Subaru, Volkswagen and Volvo vehicles across five locations, also has stepped up its efforts to call customers who haven’t been in for service in several months or declined past service. It hired a company to handle calls and schedule appointments after hours and during busy times, which has made that process more efficient, Brooke said.