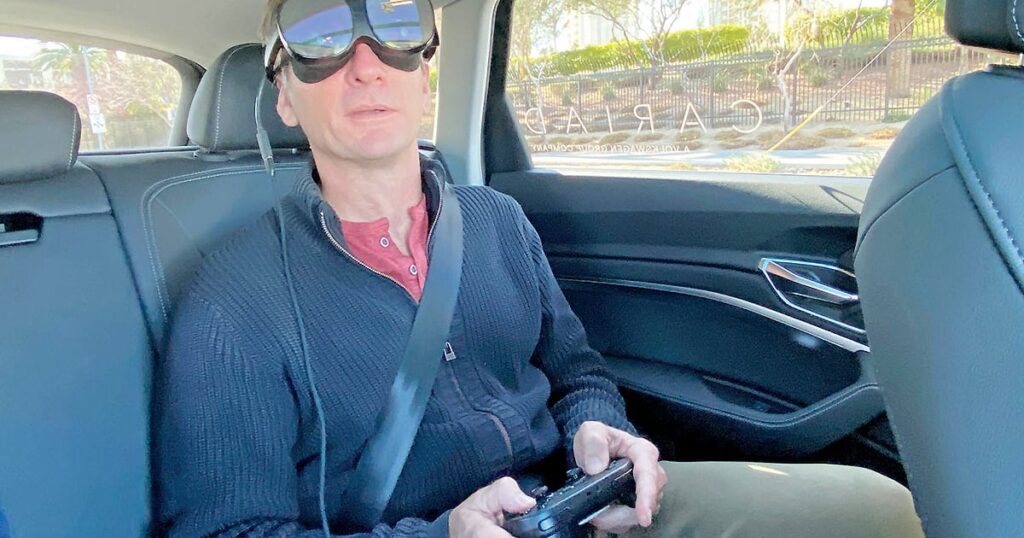 CES: Gaming finds a home behind the wheel


LAS VEGAS — To whatever degree one believes in cars as smartphones on wheels, CES showed plenty of evidence that video games are gaining important traction in the vehicles of today — and casting visions of a gaming-rich automotive experience in coming years.

Holoride began offering its in-cabin virtual reality gaming in the U.S. this year. Nvidia announced partnerships with automakers to expand its cloud-based gaming subscription. And Sony, maker of the wildly popular PlayStation console, said it had a partnership with the maker of Fortnite as it revealed the Afeela, an electric concept sedan crafted with partner Honda Motor Co.

On one level, the developments represent the expansion of the gaming industry, now estimated by market researcher Newzoo at 3.2 billion players globally and more than $180 billion in revenue. But it’s also about anticipating changes in how people interact with their vehicles as they charge batteries and as machines take increasing control of the driving.

“A big part of this is planning for the future,” said Danny Shapiro, vice president of automotive for Nvidia. “Once the driver is no longer in the loop, then any kind of entertainment, whether it’s video conferencing, whether it’s watching movies, playing games, all of the above will be part of that in-vehicle experience.”

Nvidia announced partnerships with Hyundai Motor Group, Polestar and China’s BYD to incorporate its GeForceNOW gaming subscription service into future vehicles. It won’t work well with just a 3G connection, but a car with access to 5G or Wi-Fi could support high-level gaming.

For drivers looking to kill 20 or 30 minutes while their EV charges, playing video games could be a fun alternative to doom-scrolling on Twitter, streaming YouTube videos or answering email, he said.

With the spread of plug-in vehicles and the popularity of gaming, Shapiro said, more automaker partnerships are in the works for GeForceNOW.

It’s hard to provide the capabilities that gamers expect. There are challenges to keep up with game-computing demands, especially in light of the durability of modern vehicles.

Companies are looking at a number of strategies, he said, from Tesla and eventually Sony offering AAA games that require extensive computing and sometimes additional equipment such as a keyboard and mouse. On the other end are pretty basic, phone-like games played on a touch screen.

He questioned whether the breadth and depth of the overlap between gaming and vehicle use justifies costs.

“The longer-term dream, right, has always been autonomous cars — then everyone can game,” he said. “But now that we know that that’s going to be further out in the future, I noticed a deemphasis around that and much more on charging” as the opportunity for game time.

To be sure, not everyone is convinced that robotaxis are so far in the distance. Richard Chung of Toyota Boshuko said driverless taxis are already on the road in China.

His company has worked with other Toyota Group suppliers on the Moox concept vehicle.

Helping urban riders feel better is one attribute of the autonomous pods, scheduled to be in use by 2030.

In a demonstration on the floor of the Las Vegas Convention Center, the Moox started by checking the passenger’s status by measuring heart rate and such.

If someone is found to be tense, it suggests a deep breathing and calming meditation, creating an ideal environment of soothing sounds with outdoorsy digital green leaves on the augmented reality display screen.

After the passenger is calmed, the Moox pod offers a game — Virus Buster — that can be played without any additional equipment. Sensors identify the player’s hands for virtually throwing shurikens, or ninja stars, at cartoon viruses or balloons that pop and blow away surrounding viruses.