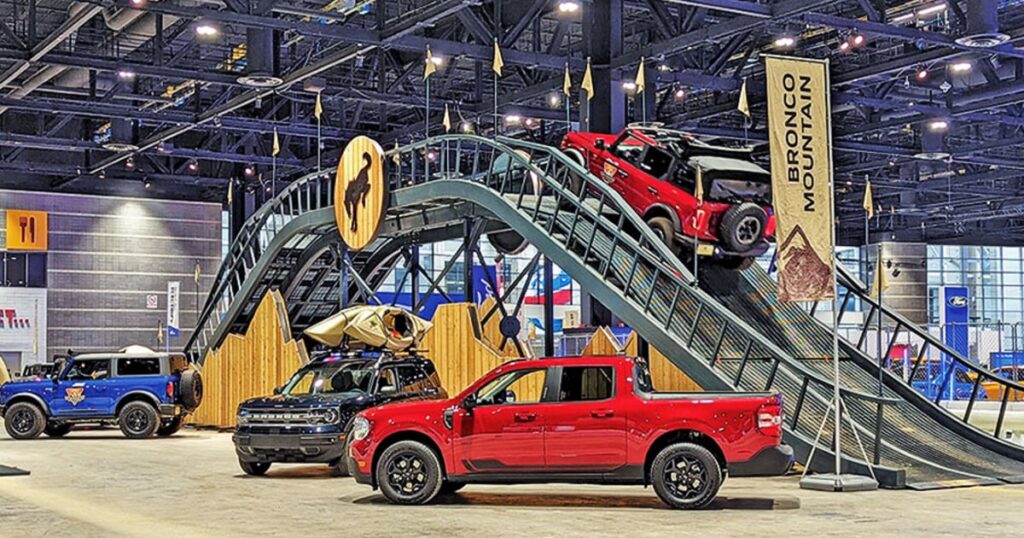 
Not long ago at this time of year, the U.S. auto industry would be preparing to lift the curtain on the Detroit auto show.

There would be concerns expressed by automaker executives, both privately and publicly, about the time and expense their companies had racked up to build their displays, to plan their press conferences, to make sure that media from around the world were poised to report on their latest and greatest products.

But the world has changed dramatically since then, especially the automotive world. Ironically, a pandemic that has killed millions of people bears only a tiny fraction of overall responsibility.

For good or ill — and I would argue mostly ill — the Detroit auto show abandoned its traditional time slot in early January. That meant the show served as the industry kickoff event for the new year.

This year, as a direct result of the decisions made over the last five years by the Detroit Automobile Dealers Association, the Chicago Auto Show — which has a larger footprint but has struggled for relevance — will see at least three major reveals that likely would have been scheduled for Detroit if the show had hewed to its traditional schedule.

Toyota announced that it intends to globally reveal its new larger three-row crossover, the Grand Highlander, on the eve of the Chicago Auto Show in February. Subaru is expected to use Chicago to reveal the redesign of either the Crosstrek or Forester, while Volkswagen will debut a vastly refreshed Atlas and Atlas Cross Sport on the southwestern shores of Lake Michigan. On their own, the presence of these three import automakers means the 2023 Chicago Auto Show will be more prominent than it has been in years, and that is before any other automakers weigh in with their own plans.

Do not misunderstand; I am an unabashed fan of the Chicago Auto Show. It’s been my favorite show to cover as a journalist for more than a decade, not because it was always rich in news, but because it was always a laid-back atmosphere with limited media and relaxed executives. I’d argue strongly that in the massive expanse that is McCormick Place, Chicago has the best venue for an auto show of any across the globe. Its central location and vast transportation resources make it easy to get to, and its abundance of top-flight restaurants, bars and hotels stand up to and surpass many in New York and Los Angeles.

Yes, it’s cold in Chicago in February. But I’m coming from Detroit, and it’s cold here too. Travel can be treacherous in the Midwest in the early months of the year, but when you live here, you learn to make the best of it.