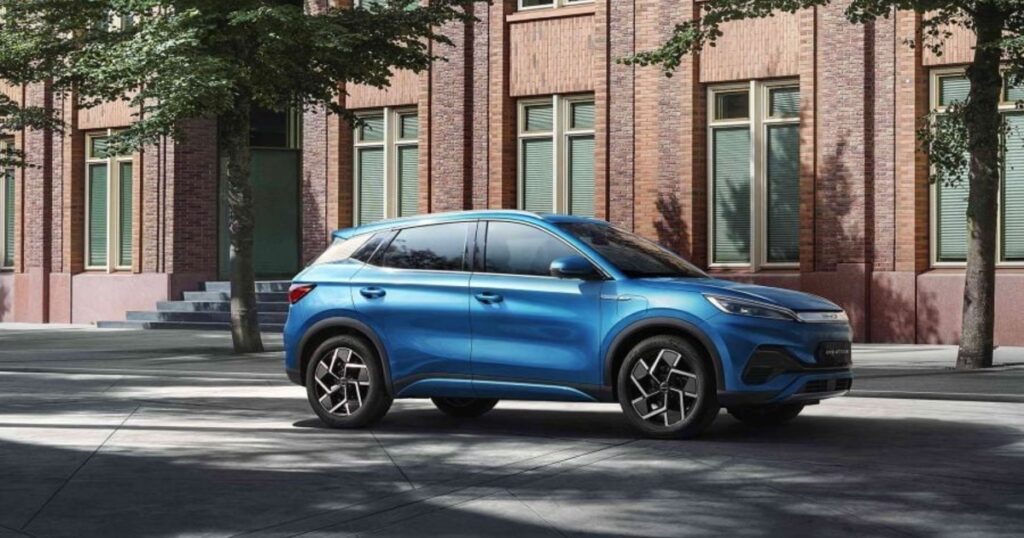 
Tesla emerged as a major exporter from its factory in Shanghai starting last year.

It has shipped almost 165,000 vehicles from the plant to international markets in the first nine months of this year.

Other global automakers including Renault and BMW also are exporting Chinese-made EVs, and Volkswagen Group will start doing so next year.

Chinese domestic brands make up the balance. SAIC saw its EV exports jump to 78,000 vehicles in the first three quarters, mostly with the MG brand that it acquired in 2007.

Rival BYD exported 22,000 vehicles and plans to do a lot more volume in 2023 as it continues to enter new markets. Companies including Xpeng, Nio and Great Wall also have announced big expansion plans.

That is all starting to show up in the EV sales figures in other countries. Of the 1.8 million EVs sold in Europe in the first three quarters of this year, 11 percent came from Chinese automakers, up from 2 percent in 2020.

It’s worth reflecting for a bit on how we got here. For much of the last decade, there has been heated discussion about whether Chinese automakers could establish themselves on the global stage. That talk felt somewhat abstract when Chinese automakers were not even dominating their home market.

In 2015, 66 percent of all vehicle sales in China were from joint ventures between international and domestic brands. Entering Germany or the U.S. seemed like quite a leap.

EVs are changing all that. While many Western brands dragged their feet and spent years fighting against tighter fuel economy regulations, China was building up its EV industry through government fleet purchasing requirements, subsidies, supply-side incentives and extensive investments in charging infrastructure.

Almost 60 percent of global EV sales are now in China; its share of the battery supply chain is even higher.

Much of China’s EV exports so far are at the higher end of the market, but that could change. Established Western automakers are increasingly trying to move upmarket to sell more premium vehicles. Some are getting out of car segments altogether to focus on higher-margin SUVs and trucks.

This move upmarket may make sense from a profit margin perspective, but it’s opening up a sizeable gap at the lower end that Chinese automakers may try to fill.

The average price of a battery-electric vehicle in China in 2021 was $26,500, which is less than two-thirds of the average EV transaction price in Europe and less than half of those in the U.S.

The steady refrain from legacy automakers over the last decade has been that, as soon as there was real demand for EVs, they would quickly ramp up and own the market.

That is not how it played out in the world’s largest auto market. Plug-in vehicles now account for almost 30 percent of sales in China. Excluding Tesla, international automakers have a tiny sliver of those sales and are increasingly getting squeezed out.

Established automakers now generally talk about competing to be No. 2 in EVs after Tesla, or surpassing them later this decade.

Even that shows there is a giant, BYD-shaped blind spot in their field of view. BYD is on pace to sell almost 2 million plug-in vehicles this year and is targeting more than 3 million in 2023. That is far ahead of where leading legacy automaker VW is likely to land for the year.

None of this means the road ahead will be easy for Chinese brands internationally. Gaining consumer trust, brand recognition and market share takes time, and making good-quality cars is still difficult. Still, study after study finds that consumers who drive EVs really like them, and markets have a way of getting people what they want. The latest export data suggests they are already doing just that.