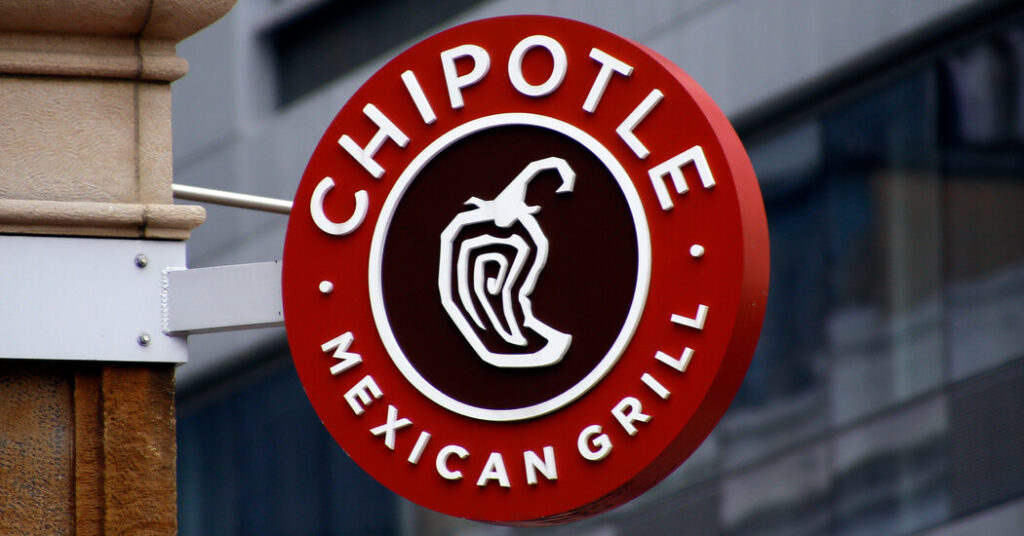 Chipotle closes a Maine store, and workers say it’s because of a union drive.


Workers who filed for a union election at a Chipotle in Augusta, Maine, are accusing the company of seeking to undermine their campaign by closing the restaurant.

The company notified employees of the closing on Tuesday morning, hours before the two sides were scheduled to take part in a hearing before the National Labor Relations Board about the possible election.

“We have been unable to adequately staff this remote restaurant,” Laurie Schalow, the company’s chief corporate affairs officer, said in a statement. Ms. Schalow added that “because of these ongoing staffing challenges, there is no probability of reopening in the foreseeable future, so we’ve made the decision to permanently close the restaurant.”

A lawyer representing the workers filed a charge with the labor board contending that the closing was an illegal act of retaliation.

“I’m referring to this as Union Busting 101,” said the lawyer, Jeffrey Neil Young, who frequently represents unions in the state. “It’s a classic response — employees decide to organize and the employer says it’s closing the store.”

Read More on Organized Labor in the U.S.

The labor board will investigate the charge and issue a formal complaint if it finds merit in the accusation, at which point the case would go before an administrative law judge. The two sides could reach a settlement beforehand.

A handful of workers at the store walked off the job in mid-June to protest what they said were unsafe conditions that stemmed from understaffing and insufficient training.

“Not being properly trained to prepare food has a lot of risks to both the preparer and the people eating the food,” said Brandi McNease, a worker involved in the walkout and the union campaign. “You worry about knife skills, using equipment that is dangerous — hot, sharp.”

Within a few days, the company closed the store to the public while it sought to improve staffing, including retaining two recruiting experts, according to Ms. Schalow. During this time, workers continued to report to the store, where they received some training and helped clean it, but often for fewer hours a week than they previously worked.

On June 22, workers filed a petition to hold a union election. The labor board requires at least 30 percent of workers to indicate their support before it will order one.

The hearing scheduled for Tuesday was meant to consider arguments from the two sides about the proposed election. Chipotle had asserted in filings that the election should not go forward, partly because the store was understaffed and so the workers eligible to vote would not be fully representative of its eventual work force.

Mr. Young, the lawyer representing the workers, said the closing could chill organizing efforts at other stores in the chain, including those underway in Lansing, Mich., where workers have also filed for a union election, and New York City.

“By closing the Augusta store, it’s signaling to Chipotle workers elsewhere who are involved in or contemplating nascent organizational drives that if you organize, you might be out of job,” Mr. Young said.

Ms. Schalow, the Chipotle official, said in her statement that closing the store “has nothing to do with union activity.” The company said it had closed 13 locations out of about 3,000 because of staffing issues, performance, lease agreements and other business reasons over the past 18 months. Most of the closings appear to have come in the first half of last year.

Chipotle has offered the Augusta workers four weeks of severance pay based on their hours over the past two weeks, which have typically been lower than before the restaurant closed to the public. It has not offered to place the workers at other locations in Maine, the nearest of which is roughly an hour away, according to the company.

Ms. McNease said she and her co-workers planned to fight to have the store reopened. “No one is bailing now,” she said.

Chipotle is among several employers in the service industry whose workers have sought to unionize over the past year. Roughly 200 corporate-owned Starbucks locations have voted to unionize since last fall, as have workers at an Amazon warehouse on Staten Island, an REI store in Manhattan and an Apple store in Maryland.

The labor board has formally accused Starbucks of closing certain stores in retaliation for union organizing. The company has denied the accusations.

Last week, Starbucks said it was closing 16 additional stores because of safety concerns like crime, which it said have been reflected in incident reports over the past year. The union representing the newly unionized Starbucks workers has filed charges of unfair labor practices, accusing the company of closing the stores to undermine organizing activity or avoid bargaining with unionized workers.