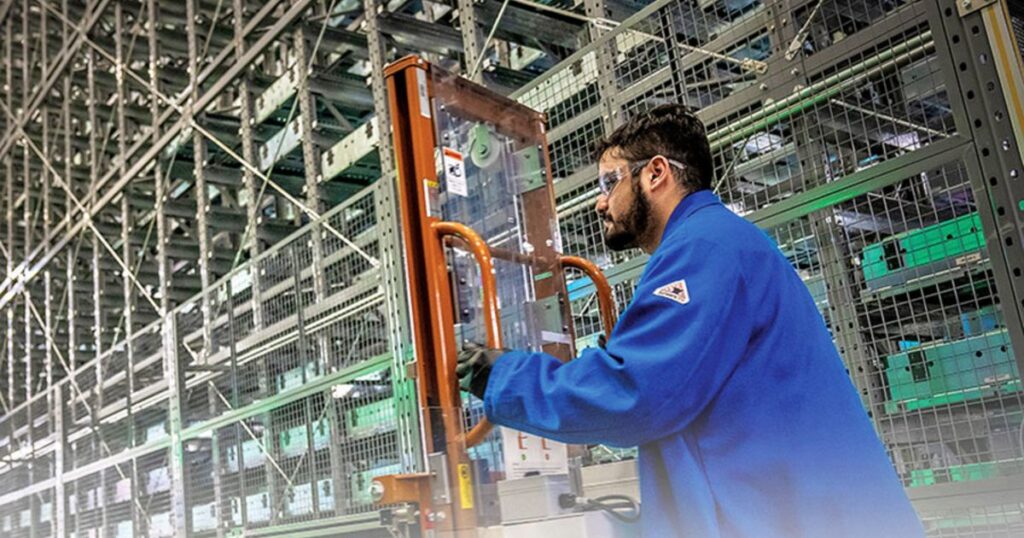 
The Holland factory has been an advanced battery hub for Clarios since 2009, when it was a division of Johnson Controls. That year, the company received a $299 million grant from the Department of Energy to build advanced batteries for EVs. Work wrapped up at the plant in 2015, according to the company.

The 41,000-square-foot space ships about 3.5 million battery cells for 12-volt applications to automakers worldwide every year, according to Clarios.

Low-voltage lithium ion batteries have caught the attention of some automakers, including Tesla, in recent years for a handful of reasons. Not only are the batteries lighter, but they are built with electronics that monitor the health of the battery over time, a requirement considering the risk of fire that comes with lithium ion batteries.

Slater said it was important for automakers to monitor the low-voltage battery system’s health because it can provide backup battery power in the event the high-voltage system fails.

“Over the next five years, we’re not seeing a big shift in technology, but we want to continue to be relevant with our customers and have a full offering,” Slater said. “It doesn’t mean we’re expecting lithium to come in and take over lead, we just want to make sure we come in and have that space for customers who are looking for that solution.”