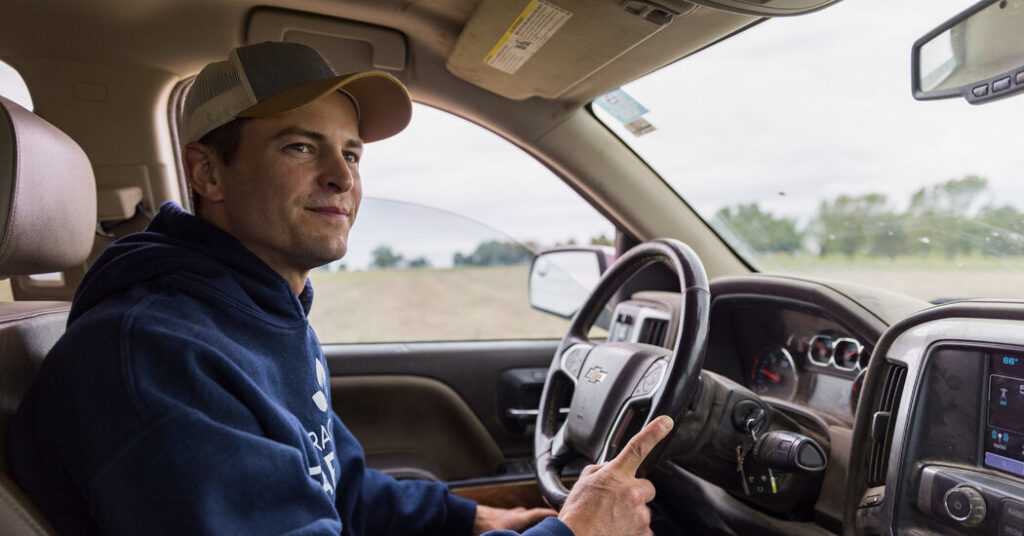 
“They know there are bigger rainfall events, maybe more than normal, but the political climate in Nebraska is not conducive to talking about climate change,” said Bob Bettger, 74, a fifth-generation farmer in Fairmont, Neb. “We’re a deep red state, and most farmers pretty much think that the climate changes naturally no matter what you do.”

Nonetheless, last year, Mr. Bettger, who has retired from active farming but wants to protect the wildlife near his fields, enrolled 240 of the 1,500 acres of land he owns into a regenerative agriculture program that will pay him for carbon dioxide that his land retains in the coming years.

“If you want to see change,” he said, “there has to be an economic incentive for farmers.”

After maneuvering through the pandemic, labor shortages and then various supply-chain scarcities for key ingredients, Big Food in recent months has had to contend with a new challenge: inflation.

Companies have already raised the prices of cereals, chips and cookies to cover the increased costs for the corn, soybeans and wheat that help make them.

Now, as they consider ways to achieve their sustainability goals, little is said about paying an even higher price for sustainably grown crops. Some pointed to a survey released earlier this year by the International Food Information Council, a nonprofit that is financed by the food and beverage industry, that found the majority of consumers were not willing to pay more for food that is grown using regenerative agriculture techniques. Instead, much of the focus centers on convincing farmers that the regenerative agriculture practices will pay for themselves over time.

Last year, the food and beverage giant PepsiCo set an ambitious goal. By 2030, seven million acres — its entire global farming footprint — would use regenerative agriculture techniques. To accomplish that, PepsiCo, which had $7.6 billion in profits last year, made an offer to share in the costs of some pilot programs. If the farmers adopted climate-friendly techniques on a few acres of their farmland, PepsiCo would pay them $10 to $40 per acre for a year. In the first year, PepsiCo enrolled 345,000 acres in various programs and believes there could be an “exponential curve” in growth in the coming years.