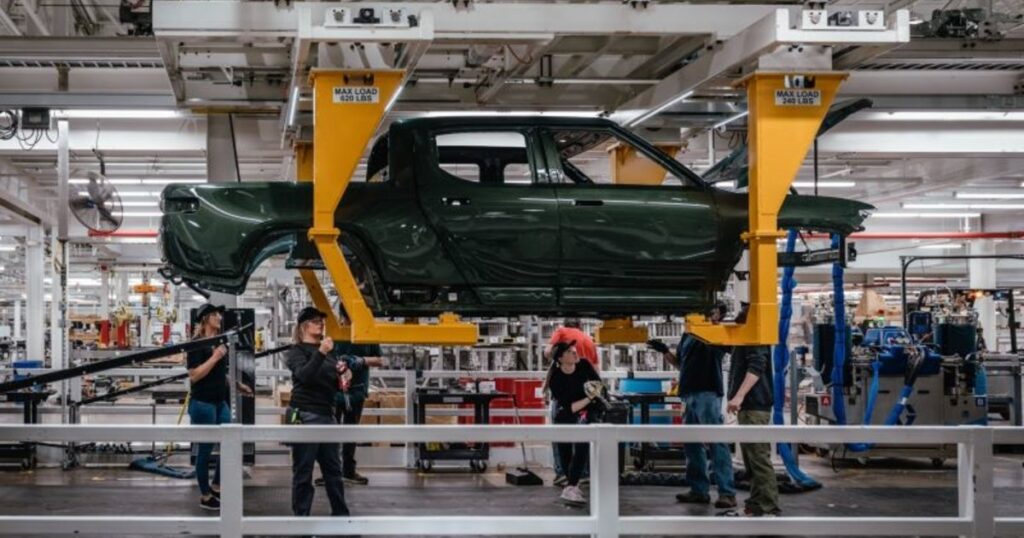 
While Rivian applauds the intention of the pending bill, “as currently drafted, this legislation will pull the rug out from consumers considering purchase of an American-made electric vehicle,” said Chen, whose company employs roughly 6,000 workers at an assembly plant in downstate Normal. Though the company last week announced it was laying off 50 nonmanufacturing workers at the plant, Rivian still plans to hire more for manufacturing this year in Normal.

“The final package must extend the transition period to provide consumer choice and protect good-paying manufacturing jobs here at home,” he added.

At issue is a $7,500 per vehicle tax credit the federal government now offers those who purchase electric vehicles. The state of Illinois began offering a credit of up to $4,000, so the combined incentives give buyers a real reason to go electric.

Under existing law, the credit is available for the first 200,000 vehicles produced by any one manufacturer. Under the pending bill, the 200,000 cap would go away. But instead, the incentive would apply only to vehicles priced less than $80,000, including related charges—and the income of a purchaser could be no more than $150,000 a year, twice that for a couple.

Those provisions might be intended to quiet criticism that incentives are going to wealthy people who don’t need them. But since Rivian is just ramping up production, its costs are higher than Tesla and other companies that have been at this longer, Chen asserted.

As a result, “nearly all of our vehicles would be ineligible for incentives,” Chen said. The company is not even planning to offer a lower-priced model until 2025, he said.

Above and beyond that, all of Rivian’s production is in America, with a second assembly plant planned near Atlanta, Chen said. But the pending legislation just looks at the sales price. “It favors manufacturers who can come in at lower cost” because of foreign production.

Rivian has been in contact with Senate leadership and senators from states in which it has interests—Illinois, Michigan, California and Georgia—to see if the pending bill can be amended to allow startup companies such as Rivian to use the old rules during a transition period.

Illinois Democratic Sens. Dick Durbin and Tammy Duckworth did not immediately respond to requests for comment.

The pending bill overall offers huge incentives not only for electric vehicles but solar, wind and other noncarbon energy producers. But it also would mandate new federal leases for offshore oil drilling and offer new incentives for conventional energy producers who store carbon.

PrevPreviousStellantis to invest US$99 million at three engine plants, including Etobicoke in Toronto
NextWells Fargo Revives Policy That Led to Fake Job Interviews, With TweaksNext