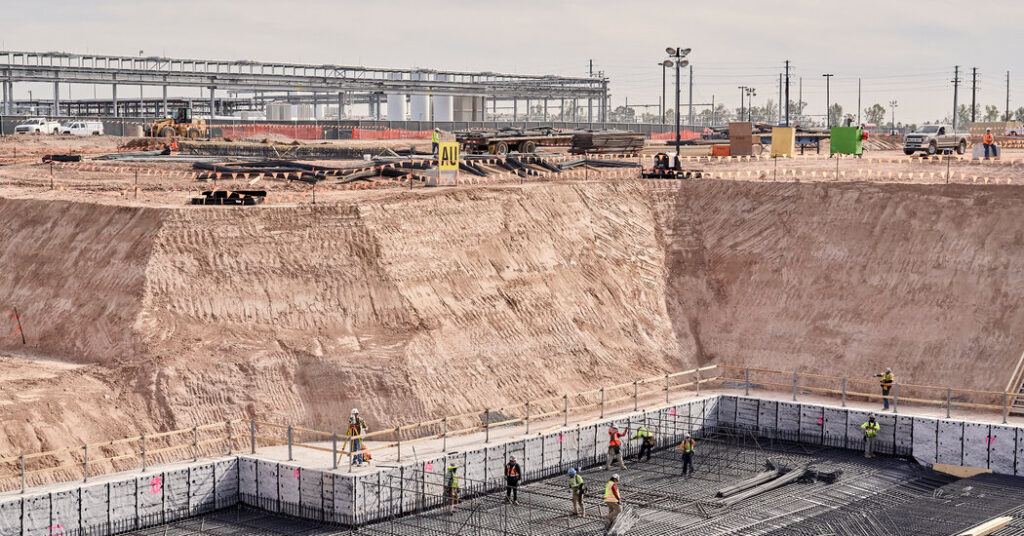 Congress Is Giving Billions to the Chip Industry. Strings Are Attached.


It’s an embrace of industrial policy not seen in Washington for decades. Gary Hufbauer, a nonresident senior fellow at the Peterson Institute for International Economics who has surveyed U.S. industrial policy, said the bill was the most significant investment in industrial policy that the United States had made in at least 50 years.

American politicians of both parties have long hailed the economic power of free markets and free trade while emphasizing the dangers and inefficiencies of government interference. Republicans, and some Democrats, argued that the government was a poor arbiter of winners and losers in business, and that its interference in the private market was, at best, wasteful and often destructive.

But China’s increasing dominance of key global supply chains, like those for rare earth metals, solar panels and certain pharmaceuticals, has generated new support among both Republicans and Democrats for the government to nurture strategic industries. South Korea, Japan, the European Union and other governments have outlined aggressive plans to woo semiconductor factories. And the production of many advanced semiconductors in Taiwan, which is increasingly under risk of invasion, has become for many an untenable security threat.

Semiconductors are necessary to power other key technologies, including quantum computing, the internet of things, artificial intelligence and fighter jets, as well as mundane items like cars, computers and coffee makers.

“The question really needs to move from why do we pursue an industrial strategy to how do we pursue one,” Brian Deese, the director of the National Economic Council, said in an interview. “This will allow us to really shape the rules of where the most cutting-edge innovation happens.”

Disruptions in the supply chains for essential goods during the pandemic have added to the sense of urgency to stop American manufacturing from flowing overseas. That includes semiconductors, where the U.S. share of global manufacturing fell to 12 percent in 2020 from 37 percent in 1990, according to the Semiconductor Industry Association. China’s share of manufacturing rose to 15 percent from almost nothing in the same time period.

PrevPreviousCARS & CONCEPTS: New or refreshed offerings from Hyundai, Nissan, VW and more
NextOPEC Plus Members Meet to Decide Whether to Increase Oil ProductionNext