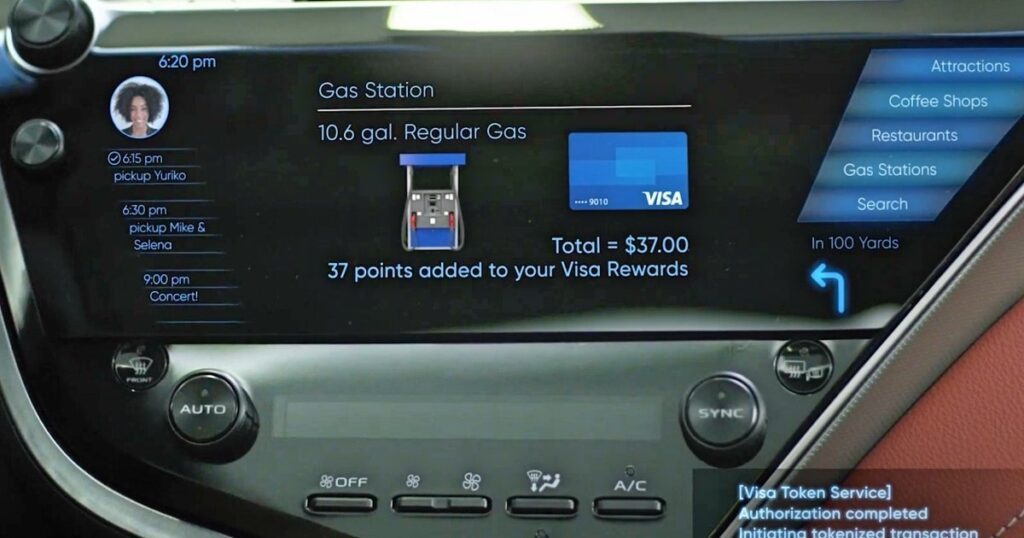 
But as vehicle-based wallets are given greater latitude to make payments, Mirhassani said, automakers and service providers need to take stock of the cybersecurity vulnerabilities.

“I would prefernottohavea car that is connected to anything,” she said, “but it’s a trend in the market.

You sometimes don’t have any way around it.”

Vehicle-based payments are an emerging area, and many in the auto sector are still working through the basics, said AJ Khan, CEO of the automotive cybersecurity company Vehiqilla Inc.

Early steps include establishing how sensitive payment information is stored, whether payments will be made through the vehicle itself or smartphone apps, and how potential breaches will be handled, Khan said.

Real-time monitoring is needed, he said, because unlike with a lost credit card, mobile-wallet users may not know they have been compromised.

“If your vehicle and your third-party apps are being monitored for any such thing, then you’ll be notified,” he said. “Attention is the first part toward prevention.”

Khan, who is also the director of the Institute of Automotive Cybersecurity within the Automotive Parts Manufacturers’ Association, pointed to Ford Motor Co. as being one of the automakers that have taken some early strides in the space.

In 2016, Ford launched an app-based mobile wallet known as FordPay. The company did not respond to request for comment about the current state of the payment solution.

BlackBerry, meantime, is ramping up work on IVY. The platform is not on the road today, Virk said, but the Waterloo, Ont,-based tech company is collaborating with several unidentified automakers and Tier 1 parts suppliers to integrate IVY into next-generation vehicles.

Vehicle-based payments are just one part of the cloud-based IVY platform, which is being co-developed by BlackBerry and Amazon Web Services. The platform, an example of what is known as middleware, processes data transmitted by vehicle sensors and connects it with independent product or service providers running on the IVY “ecosystem.”

On the payment end, financial technology company Car IQ Inc. is working with BlackBerry to enable vehicles to autonomously pay for fuel, tolls and parking, among other expenses. When run through IVY, the solution creates what the companies describe as a “digital fingerprint” for vehicles, allowing them to connect to banking networks, validate spending and autonomously make payments.