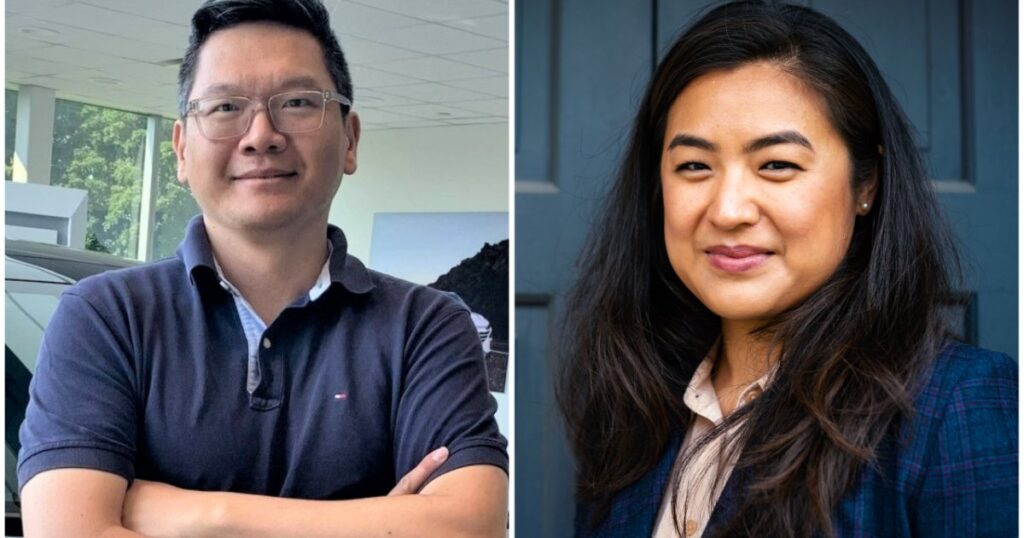 CVMA’s safety guru shows regulators the exceptions to their rules


The Unobvious Ones is a monthly look at movers and shakers who fly below the radar in the Canadian auto industry.

SHAPING CANADIAN POLICY
For domestic automakers, workplace health and safety rules are already complex, but then add the challenge of monitoring vehicle-safety regulations. That’s what Karen Hou handles as director of vehicle and workplace safety at the Toronto-based Canadian Vehicle Manufacturers’ Association (CVMA), which represents the Detroit Three.

“Our role is to interface with the Canadian government as well as be up to speed on the U.S. context so the [vehicle] standards line up,” Hou said.

“We work with our members in reviewing policy and potential changes to regulations, including automated vehicles and driver-assist technologies.

“The government sometimes comes up with ideas that aren’t feasible and we work with them to understand the limitations.”

Hou, 39, communicates with member companies, federal and provincial governments, and sometimes with outside industries if broader workplace rules affect them all. The challenge is “how to frame issues in a way that makes sense and conveys the details.”

For example, if the federal government asks for automaker data to help form policy, Hou determines whether what’s being requested will actually help. If it doesn’t, she offers information that’s more appropriate.

Hou is strong in mathematics and earned a degree in applied science and engineering at the University of Toronto.

“Even if I didn’t want to stay in typical engineering, it gave me the tools for problem-solving,” she said.

Hou first worked for the Toronto International Film Festival in its sales and industry office, then joined the CVMA in 2007 as manager of health and safety and the environment. Eventually she added vehicle safety, but she still has a hand in some environmental issues related to auto manufacturing.

Hou is currently working with federal proposals to improve consumer access to recalls, similar to U.S. regulations. “We’re working on the details to make sure there aren’t extra burdens on Canadian companies,” she said, “and recognizing the differences, such as needing English and French [versions].”

THE ESSENTIAL LINK BETWEEN FACTORY AND DEALERS

Although he inevitably has to deal with some of the current problems involving vehicle inventory, Henry Kwok has an advantage as distribution manager for Hyundai Canada in Markham, Ont. Because the automaker’s parent company has a partnership with a logistics shipping fleet, Hyundai vehicles have been arriving from South Korea on time.

“The challenge is the disruption with suppliers to the factory,” Kwok said. “There may be constraints on a certain trim level, so we try to come up with alternatives [for] our customers. We work with our dealer network to make sure the customer knows and won’t be left in the dark.”

Kwok, 41, is the link between the assembly line and dealers, fulfilling customer orders and maintaining showroom inventory. “It’s about ordering the right amount and the right product for the market based on market research. When the products arrive in Canada, I determine how to [disperse] them because every region [wants] different types of vehicles, such as EVs being more in demand in [British Columbia] and Quebec.

“I have a team of four, and we work with a logistics partner to move them from the Vancouver port to the dealers.”

With a degree in mathematics and statistics, Kwok began his career as a replenishment analyst at retailer The Bay, placing menswear orders with vendors so products would arrive before the shelves were empty. He then did a similar job at Loblaws Inc., with the additional challenge of monitoring food expiration dates.

Kwok was intrigued by the auto industry and joined Hyundai in 2014 as a distribution analyst. Two years later, he began his current job.

Kwok studies sales data to forecast the vehicles needed by dealerships. Those orders are added to customer orders, and the request is put in to the factory.

“I have an understanding of the supply chain from my experience,” he said, “and everything is about making a positive impact to our customer experience.”