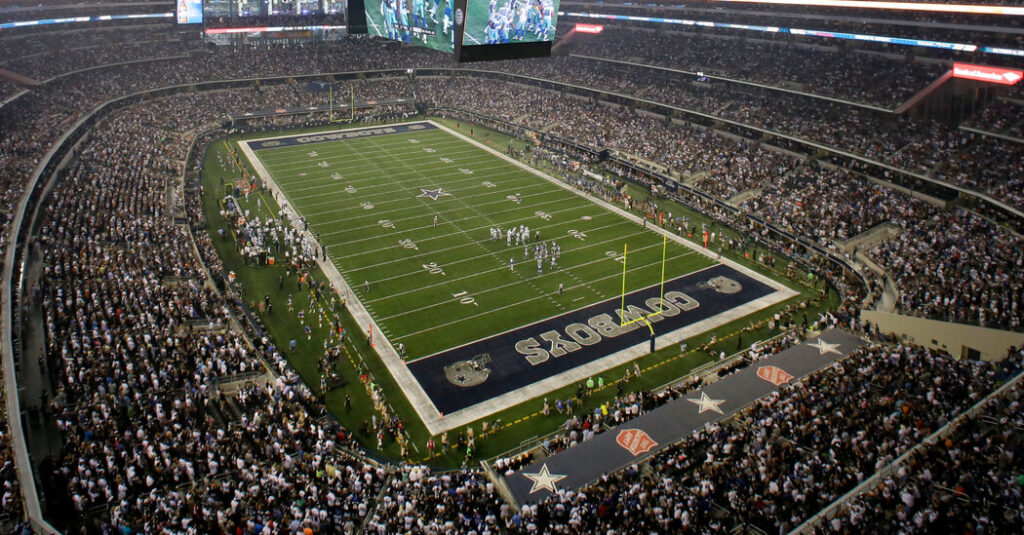 
The Dallas Cowboys are facing criticism after announcing a new partnership with Black Rifle Coffee, the veteran-owned brand popular with conservatives and gun owners that sells roasts with names like “AK Espresso,” “Murdered Out” and “Silencer Smooth.”

The Cowboys announced the partnership on Twitter on Tuesday with a video that shows highlights of the team and a man wearing camouflage drinking out of a mug with the coffee company’s logo on it.

The announcement quickly drew backlash on social media, with critics noting it came a day after a gunman on a rooftop killed seven people and injured dozens more at a Fourth of July celebration in Highland Park, Ill., and less than two months since a gunman in Uvalde, Texas, killed 19 children and two teachers.

One Twitter user who described herself as a third-generation fan of the team said in a reply to the Cowboys’ post that the announcement was a “line in the sand.” She wrote, “This is the only team I’ve ever cheered for my entire life, despite letting me down for decades.”

She added: “I can’t support this. If the Cowboys don’t rescind this, I’m done.”

But other fans on Twitter defended the partnership, noting that Black Rifle Coffee regularly gives money to groups for veterans, police officers and their families.

More on the Highland Park Shooting

Seven people were killed and many more wounded in a mass shooting at the Fourth of July parade in Highland Park, a Chicago suburb.

The company said in a statement on Thursday that the announcement had been long-planned and was “timed to coincide with the Independence Day holiday — America’s Team. America’s Coffee. America’s Birthday.”

Evan Hafer, the founder and chief executive of Black Rifle Coffee, said in the statement that his company and the Cowboys “share an unwavering commitment to supporting veterans and first responders and we look forward to a successful partnership and a great season.”

The company was founded in 2014 by Mr. Hafer, a former Green Beret and C.I.A. contractor who served in Afghanistan and Iraq, and two fellow veterans who also served in those countries. This is not the company’s first foray into sports partnerships. It recently announced deals with the professional skateboarder Bucky Lasek and three NASCAR drivers.

The Cowboys did not respond to requests for an interview on Thursday.

Jerry Jones, the team’s owner, emphasized veterans in a statement on Wednesday. “Every cup of coffee in the stadium, every bag of Cowboys coffee sold, represents a step in fulfilling the Black Rifle mission,” Mr. Jones said.

The Cowboys have weathered other controversy over the years, as in 2018, when Mr. Jones said his players would be required to stand on the field for the playing of the national anthem and would not be allowed to stay in the locker room, which the N.F.L. had said was permitted.

The team has also responded to growing public alarm about gun violence. In June, the Cowboys announced that the team would donate $200,000 each to two funds to support the families of the victims of the shooting at the elementary school in Uvalde.

Black Rifle Coffee’s marketing language and embrace of conservative causes have drawn criticism in recent years, such as when the company and its C.E.O. appeared supportive of President Trump’s efforts to ban travel from predominantly Muslim countries.

The company’s website says it makes “freedom roasts” for “people who love America.” Its Silencer Smooth blend is sold in “rounds,” or coffee pods to the rest of the world. The Murdered Out roast is said to be “for all of you night riders out there” carrying out “midnight ops.”

Its merchandise also turned up during the Jan. 6 attack on the Capitol. A man dressed in a tactical vest holding plastic restraints was photographed in the Senate chamber wearing a baseball hat with the Black Rifle logo.

After Kyle Rittenhouse, the Illinois teenager who fatally shot two people during protests in Kenosha, Wis., was released on a $2 million bail in November 2020, he was pictured wearing a Black Rifle Coffee T-shirt. People on Twitter tweeted the image at the Cowboys account this week.

Black Rifle drew backlash at the time and later said that it didn’t sponsor Mr. Rittenhouse, adding in a video statement from Mr. Hafer that “We’re not in the business of profiting from tragedy.”