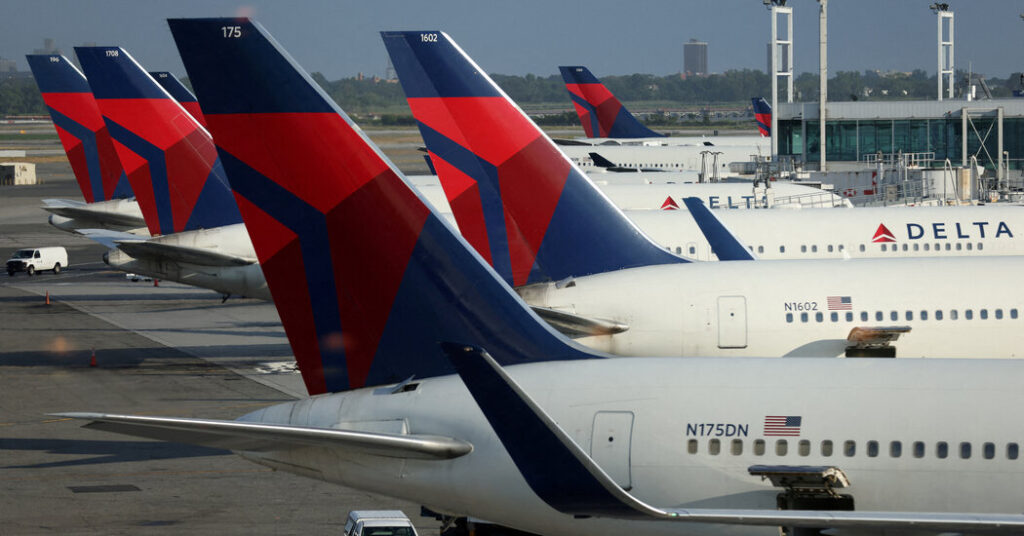 
Delta Air Lines reported a quarterly profit of $735 million on Wednesday as robust demand during the start of the busy summer travel season helped the carrier overcome rising costs, with little signs of a near-term slowdown.

The airline said it expected some strength to continue into the fall, forecasting that revenue from July through September would exceed revenue collected during the same period in 2019, even with seat capacity down 15 to 17 percent.

“With sustained strength in bookings, we expect September quarter revenue to be up 1 to 5 percent compared to 2019,” Glen Hauenstein, Delta’s president, said in a statement.

The strength of the travel recovery has helped airlines overcome fast-rising costs and a long pandemic slump, but it has also challenged the industry, which has struggled to contain operational disruptions. Delta, for example, canceled about 3 percent of its flights last month, second only to American Airlines, which canceled 5 percent, according to FlightAware, a flight-tracking website.

Investments in improving operations and limited capacity helped to drive a 22 percent increase in nonfuel costs for Delta in the quarter that ended in June, compared with the same period in 2019, the airline said. Jet fuel prices, which reached record heights in the spring, appear to be easing somewhat, too.

The rebound remains patchy. Revenue from flights within the United States was up about 3 percent compared with the same three months in 2019, while revenue from international flights was still down about 19 percent, Delta said. Still, trans-Atlantic and Latin American routes brought in more revenue in June than they did in the same month in 2019, while flights across the Pacific continued to lag.

Corporate travel is even further behind, with sales for domestic business travel down about 20 percent during the quarter compared with the same period in 2019 and sales for international business flights down about 35 percent.

Despite that unevenness, Delta reported total operating revenue of $13.8 billion in the second quarter. On an adjusted basis, quarterly revenue was nearly equal to that collected in the same period in 2019, the airline said. And Delta’s bet on premium seats and services appears to be paying off, with revenue for those offerings recovering more quickly than main cabin revenue.

American Airlines offered a preview of its own quarterly results on Tuesday, saying it expected to report having collected nearly $13.4 billion in revenue in the second quarter of this year, an increase of about 12 percent from the same quarter in 2019. But costs were up, too. American said it expected to report having spent about $4 per gallon on jet fuel, slightly more than it had predicted just a month ago. United Airlines and American are scheduled to report financial results next week. Southwest Airlines is scheduled to report later this month.