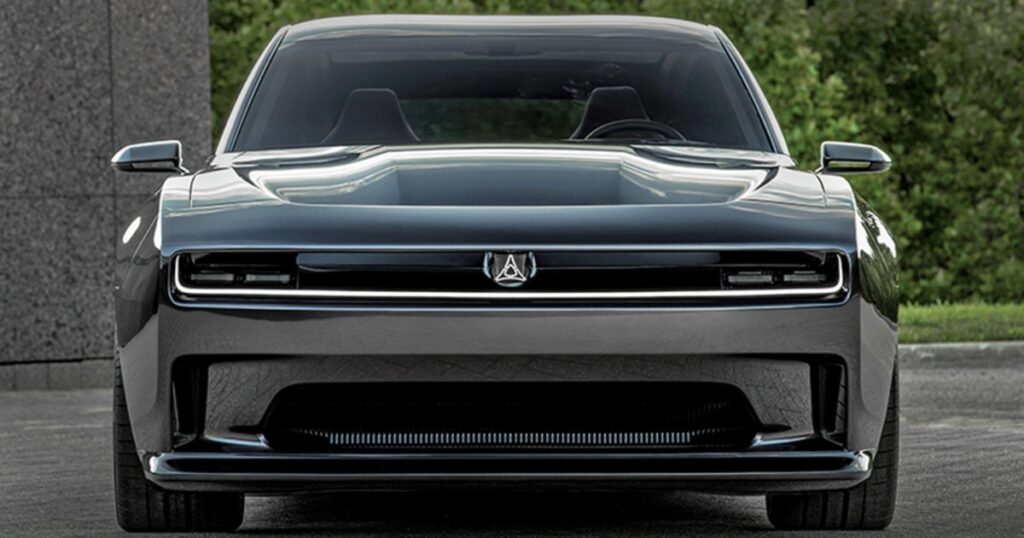 
Mike Harrington, general manager at Huntington Beach Chrysler-Dodge-Jeep-Ram in Southern California, wasn’t expecting the Charger concept to make much noise, so he was caught off guard at last month’s unveiling. He was giddy about it and thrilled that Dodge is going electric in its own way.

Harrington said a coworker who was leery about EVs because he’d miss the engine feedback was excited about the concept’s growl.

“If the car didn’t look good and you’re just doing some sound on it to try to make it cool, people might not buy in,” Harrington said, “but when the car looks the way it does, and it comes out and you watch that video, and then they fire it up, I was like, ‘Yeah!’ ”

Brian Moody, an executive editor for Kelley Blue Book and Autotrader, said the Daytona concept sounded “super cool,” but he still has reservations. Although the approach is different, Dodge’s sound reminded Moody of what Ford Motor Co. has done with the electric Mach-E crossover that pumps artificial engine noises into the cabin through its speakers.

“These efforts feel somewhat inauthentic to me,” Moody said. “New hp wars? No. It’s becoming the battle of the big speakers.”

Karl Brauer, executive analyst at iSeeCars.com, is a muscle car purist who owns a Dodge Challenger SRT Demon, the blistering coupe that tops 800 hp and kick-started a debate over whether it was safe for public roads.

He knows EV mandates have put Dodge in an awkward position with the days of “high horsepower created by internal combustion” coming to an end and taking away one of its strengths. Dodge is doing what it can to adjust, Brauer said, and find a place in a more eco-friendly future.

Brauer said Dodge has done some innovative things with the Charger Daytona Concept, such as the eRupt multispeed transmission with electromechanical shifting. But he’s not a fan of the notes the concept was putting out.

“If they give me the ability to turn that feature off if I don’t like it, I think that neutralizes a lot of the controversy,” Brauer said. He hopes Dodge will say, “If you don’t want to make it noisy and you think that’s goofy or silly, or you don’t like the sound or sound quality, just turn it off.”

Brauer said he wouldn’t be surprised to see other automakers follow suit with their own EV screams down the line.

“Once the hardware is there,” Brauer said, “it’s going to be very easy to modify it with different sound types, just like you can change your ring on your phone. I would expect that we’re going to see a potential wide range of noises coming from every manufacturer — not just Dodge — in the next couple of years.”

Stephanie Brinley, an S&P global mobility analyst, said potential buyers who have a problem with the sound probably aren’t enthused about the transition to EVs anyway.

“What’s most important is the focus on creating an engaging, exciting EV that focuses on the visceral reactions that ICE sporty cars deliver,” Brinley said. “As we transition to more EVs, some of those buyers will want exciting and engaging vehicles, and automakers will learn how to deliver that in a new format. The Dodge Charger Daytona SRT concept is a major step in that direction. … This is a clear sign that at least some automakers and engineers are looking at how to make EVs engaging beyond a fast 0-60 sprint.”