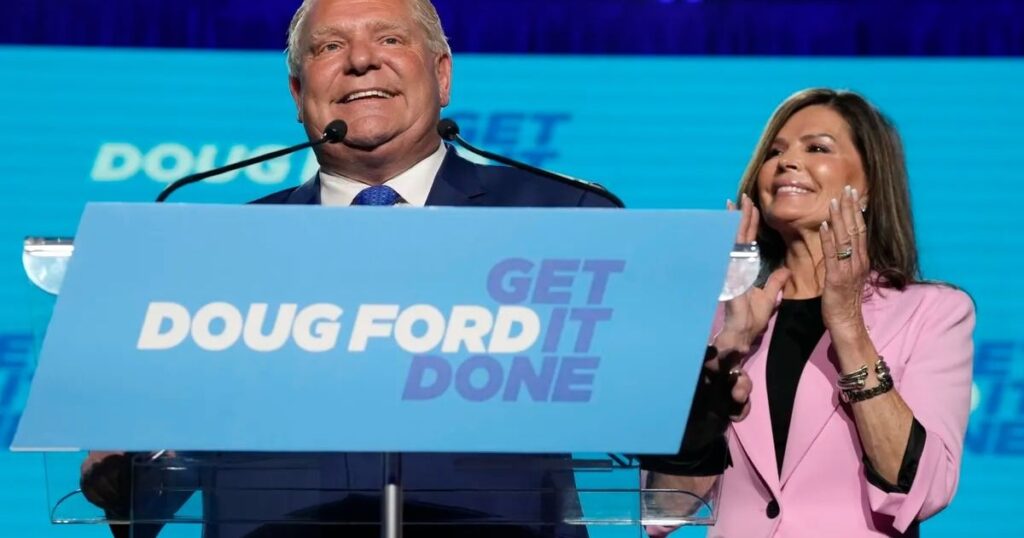 
Look, I’m not saying Doug Ford and his Progressive Conservatives bought the votes they needed in automotive hotbeds such as Windsor, Brampton and Oshawa. But their investment in Ontario’s auto industry certainly paid dividends on June 2 when they crushed the opposition to win a second consecutive majority mandate.

How else could you explain the blue wave over regions such as Windsor, Brampton and Oshawa?

The PCs increased their total seat count to — unofficially as of Friday — 83 and cruised to victory over the NDP (31), Liberals (8) and Greens and independents (one each) just months after the industry as a whole committed $13 billion in the province over an eight-week span in early 2022. And the Ontario government promised billions in financial aid to each of the province’s five automakers.

And just look at the results, starting in Windsor.

The PCs managed to win the riding of Windsor-Tecumseh for the first time in 97 years. The automobile was barely on the road when the riding, home to auto suppliers, moldmakers and — maybe most importantly — Stellantis and Ford Motor Co. employees, when Conservatives last won the riding. The party also won back from the NDP the riding of Essex, a bedroom community in which thousands of autoworkers and retirees sleep each night.

And then there’s Brampton, which is home to a Stellantis plant that many, myself included, thought was on its last legs. Not so. Stellantis committed to a retooling and new product there. I’m told Doug Ford pushed the automaker and federal government to make that promise public before the campaign. And they did, one day before the official launch of the June 2nd campaign.

Weeks later, the PCs won back three ridings from the NDP in the region. In fact, it swept all five ridings bearing the name Brampton, from the centre out to the north, east, south and west.

Move on up to Oshawa, where General Motors is once again building pickups at its assembly plant there.

Oshawa might have stuck with the NDP, but only barely. Julie French beat Conservative Alex Down by about 800 votes. Every riding surrounding Oshawa chose a Conservative.

The province now looks like an ocean of blue with islands of orange left on their lonesome, and that includes Windsor West, which re-elected Lisa Gretzky, but was once called a “political wasteland” by Windsor Mayor Drew Dilkens, who insinuated voting NDP was all but pointless and then openly endorsed the PCs this election.

No, Doug Ford didn’t buy his way to a majority. But some big time spending certainly looks to have paid off.