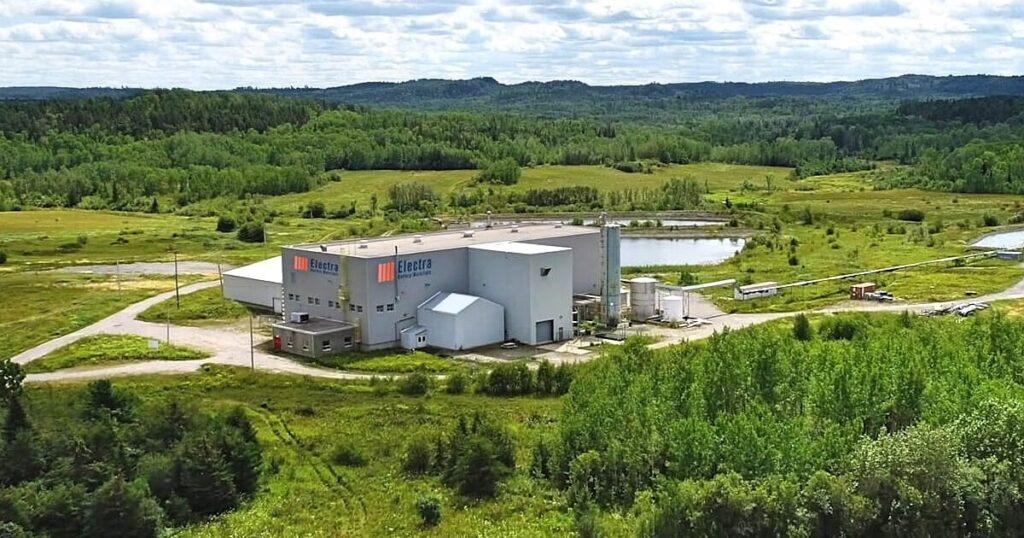 
Electra Battery Materials Corp.’s new cobalt refinery in Northern Ontario will not open until spring, but after inking a supply agreement with the world’s second-largest battery cell manufacturer this fall, the upstart mineral processor is already eying expansion.

Company CEO Trent Mell said the cobalt sulfate supply deal with South Korea-based LG Energy Solution (LGES) signed Sept. 22 will account for about 60 per cent of its refinery’s output during its first three years in operation, and that demand from other players throughout the electric vehicle battery supply chain is extremely strong.

“Truthfully, we could sell it all tomorrow,” he told Automotive News Canada of the plant’s remaining output.

Mell said he expects the company will have another supply deal to disclose before the end of 2022 and then, “we’re basically taking orders on future expansion.”

Construction on Electra’s cobalt sulfate refinery in Temiskaming Shores, Ont., about 500 kilometres north of Toronto, was initially scheduled to wrap up before the end of the year, but supply chain issues that affected “critical equipment” forced the company to delay commissioning the plant. The company also boosted its cost estimate for the project to between US$76 million and $80 million, up from $67 million originally.

Mell does not expect any further delays to getting what will be North America’s only cobalt refinery up and running.

“I think we’ve got a handle on it. We have pushed out our commissioning until spring, but we feel pretty good with the team and the long-lead visibility that we have that we’ll hit that.”

As automakers pile into the EV market and consumer demand picks up, Electra is looking to scale up its cobalt sulfate capacity accordingly. Mell said the company’s new refinery will produce enough cobalt for about 1.5 million EV batteries per year. But North American demand will quickly outstrip this figure, he added.

“We are looking to backfill on that, to add to the capacity at our current plant in Ontario.”

Electra is also looking at a second cobalt refinery in Bécancour, Que.

General Motors, Posco Chemical and BASF are already building battery materials operations in the fast-evolving hub midway between Montreal and Quebec City, and the proximity to potential customers would provide the opportunity to build an integrated plant, Mell said. Electra is working on a pre-feasibility study into a refinery in the city, as well as doing preliminary work on the plant’s engineering.

“There’s every reason to believe that a big, big portion of our capital is going to be funded through provincial and federal support, and so that really does lower the hurdle rate for us to make a go of it. And to the extent we’re able to take orders today on future deliveries from that plant, that’ll bolster it as well.”