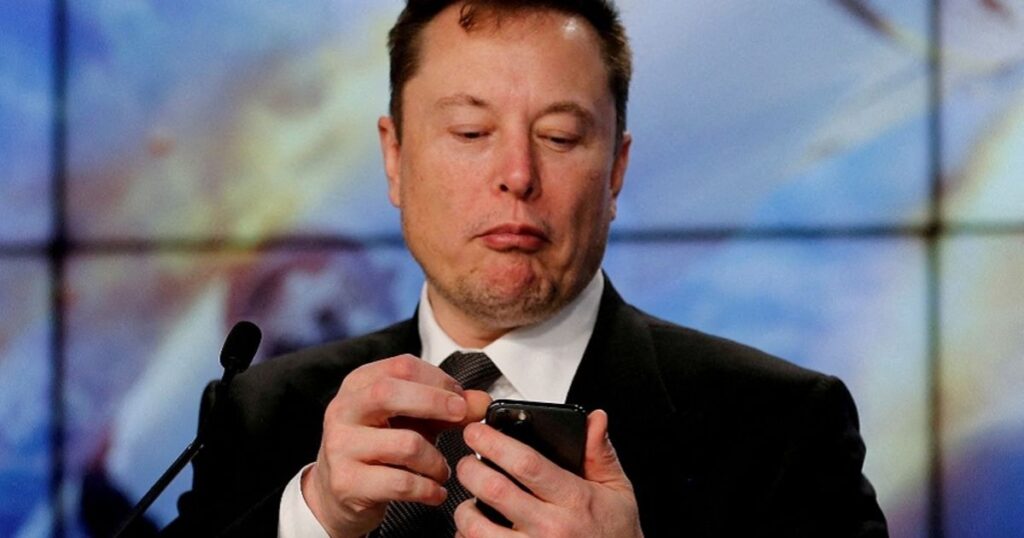 Tesla shares fell nearly 3 percent in U.S. pre-market trade on Friday and its Frankfurt-listed stock was down 3.6 percent after the Reuters report.

Musk has warned in recent weeks about the risk of a recession, but his email ordering a hiring freeze and staff cuts was the most direct and high-profile message of its kind from the head of an automaker.

So far, demand for Tesla cars and other electric vehicles has remained strong and many of the traditional indicators of a downturn, including increasing dealer inventories and incentives in the U.S., have not materialized.

But Tesla has struggled to restart production at its Shanghai factory after COVID-19 lockdowns forced costly outages at the plant.

“Musk’s bad feeling is shared by many people,” said Carsten Brzeski, global head of macroeconomic research at Dutch bank ING. “But we are not talking about global recession. We expect a cooling of the global economy towards the end of the year. The U.S. will cool off, while China and Europe are not going to rebound.”

A “hurricane is right out there down the road coming our way,” Dimon said this week.

Inflation in the U.S. is hovering at 40-year highs and has caused a jump in the cost of living for Americans, while the Federal Reserve faces the difficult task of dampening demand enough to curb inflation while not causing a recession.

Musk, the world’s richest man according to Forbes, did not elaborate on the reasons for his “super bad feeling” about the economic outlook in the brief email seen by Reuters.

A number of analysts have cut price targets for Tesla recently, forecasting slower deliveries due to Chinese lockdowns and lost output at its Shanghai plant, a hub supplying electric vehicles to China and for export.

China accounted for just over a third of Tesla’s global deliveries in 2021, according to company disclosures and data released on sales there.

Wedbush Securities analyst Daniel Ives said in a tweet it appeared Musk and Tesla were “trying to be ahead of a slower delivery ramp this year and preserve margins ahead of an economic slowdown.”

Before Musk’s warning, Tesla had about 5,000 job postings on LinkedIn from sales in Tokyo and engineers at its new Berlin factory to deep learning scientists in Palo Alto. It had scheduled an online hiring event for Shanghai on June 9 on its WeChat channel.

On Tuesday, Musk told staff to return to the workplace or leave the company, a demand that has already faced pushback in Germany where the company has a new factory.

“Everyone at Tesla is required to spend a minimum of 40 hours in the office per week,” Musk wrote in that email. “If you do not show up, we will assume you have resigned.”

Musk has referred to the risk of a recession repeatedly in recent comments.

Remotely addressing a conference in mid-May in Miami Beach, Musk said: “I think we are probably in a recession and that recession will get worse.” He added: “It’ll probably be some tough going for, I don’t know, a year, maybe 12 to 18 months, is usually the amount of time that it takes for a correction to happen.”

In late May, when asked by a Twitter user whether the economy was approaching a recession, Musk said: “Yes, but this is actually a good thing. It has been raining money on fools for too long. Some bankruptcies need to happen.”

Musk also engaged on Thursday in a Twitter spat with Australia tech billionaire Scott Farquhar, who ridiculed the directive in a series of tweets as being “like something out of the 1950s.”

Musk tweeted: “recessions serve a vital economic cleansing function” in response to a tweet by Farquhar who encouraged Tesla employees to look into its remote work positions.

Jason Stomel, founder of tech talent agency Cadre said of the return-to-work directive: “I think there’s potential that this is just a disguised layoff, meaning they’re able to get rid of people with attrition, or without having to actually have a layoff.”

“(Musk) knows there’s a percentage of workers who are just not going to come back,” which he said would be cheaper because no severance would be needed.

Asked about Musk’s pessimistic comments about the economy, President Biden said other automakers have recently announced new investments in electric vehicles that will create thousands of new jobs. Biden also said that he wished the Tesla CEO and SpaceX CEO “lots of luck on his trip to the moon.”

Biden added: “I mean, lots of luck on his trip to the moon.”

Musk, on Twitter, responded to a news article on Biden’s remarks with a link to an April 2021 NASA press release announcing that SpaceX had won a government contract to build a spacecraft to bring astronauts to the moon. “Thanks Mr President!” Musk wrote.