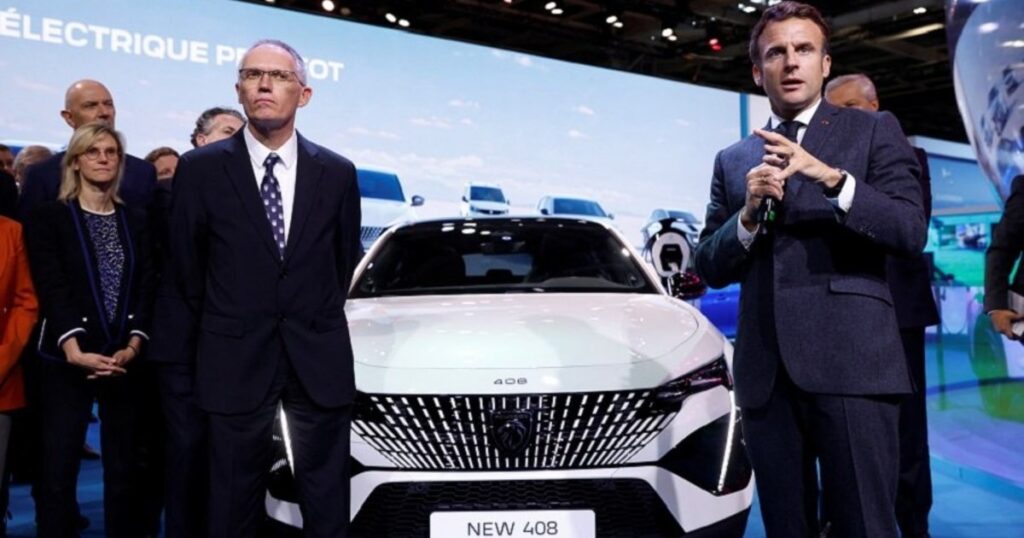 
PARIS — Chinese automakers should be subject to the same tariffs when exporting their cars to Europe as European brands face when sending their cars to China, Stellantis CEO Carlos Tavares, said.

“Very simply, we should ask the European Union to enforce the same conditions in Europe for Chinese manufacturers under which we, the western manufacturers, compete in China,” Tavares told journalists at the sidelines of the Paris auto show this week.

Chinese brands such as BYD, SAIC’s MG, Great Wall and Polestar are establishing a foothold in Europe with their cost-competitive electric vehicles built in China.

Chinese brands account for 5 percent of Europe’s electric vehicle market, according to a report published on Monday by environmental lobby group Transport & Environment.

Tavares said Chinese automakers could establish themselves In Europe by selling their cars at a loss during the initial stages of their push into the region.

“The European market is wide open to the Chinese and we do not know if their strategy is to grab market share at a loss and increase their price later,” he said.

Tavares said he had raised the issue with French President Emmanuel Macron when the president met with executives from French car companies on Sunday.

“President Macron understands this but it has to be a larger front [from the European Union] to say we welcome the Chinese in Europe but only if they compete with us under the same rules,” Tavares said.