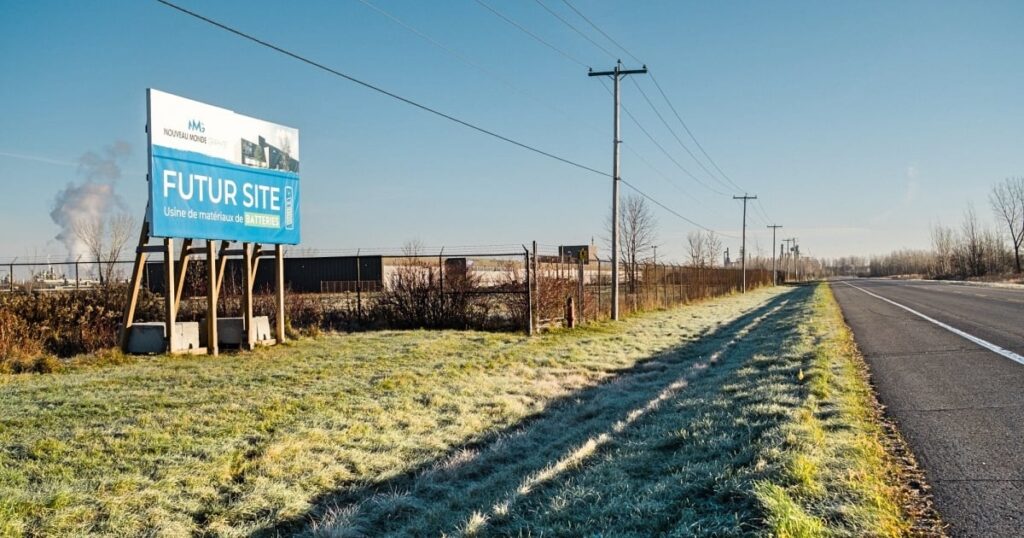 
In the race to build a North American hub to support the electric-vehicle industry and challenge China’s dominance, one tiny Quebec community is charging ahead.

Becancour is drawing corporate giants to the French-speaking Canadian province with its ambitions to make this industrial outpost, halfway between Montreal and Quebec City, a key gear for an EV battery supply chain to serve the continent.

The community of 14,000 people on the southern shore of the St. Lawrence River has attracted at least a dozen companies focused on the EV battery industry since March. Germany’s BASF SE, the world’s largest chemical maker, secured industrial land on Becancour’s outskirts for a battery materials and recycling site. Brazilian mining giant Vale SA is looking to build a nickel sulfate plant in this area. General Motors Co. has already agreed to be a customer.

Ford Motor Co. is in talks with Korean battery firms to construct a US$700 million cathode factory here, while GM is partnering with South Korea’s Posco Chemical Co. Ltd. to erect a US$400 million plant to produce materials for the US automaker’s EV battery platform, starting in 2025.

“Becancour really stood out as being extremely attractive, it’s kind of perfectly nestled between Canadian mineral sources and our factories,” said David Paterson, a vice president at GM Canada. “The most important benefit is Quebec’s hydroelectricity — when you compare prices of electricity, Quebec wins anywhere in North America.”

Besides cheap, renewable power that can feed an energy-intensive manufacturing industry, Becancour’s other competitive advantages include ease of access to U.S. and European markets via major roads, railways and shipping along the St. Lawrence. The city is also close to a resource-rich region of Quebec that boasts an abundance of battery metal deposits.

Becancour is an example of how industry is pushing to regionalize supply chains to meet an anticipated surge in demand for electric vehicles. The epic shift to EVs has sparked a global rush to lock in supplies of lithium, nickel, cobalt and other key ingredients to fill future demand. Meanwhile, strained logistics and China’s dominance from mining to refining have underscored the need for several battery hubs worldwide, along with access to the raw materials needed to feed the industrial complex.

Canada already shows promise for developing a supply chain for lithium-ion batteries due to its abundant resources and environmental standards, with the nation taking second spot in a global ranking by BloombergNEF.

CANADA ‘IS THE FUTURE’